So last time, I talked about the Rosemary and Bay truffles, and gave an overview of the high tea menu.

Today, it's on to the Passionfruit pastilles - probably the most popular dish (apart from fruit mince pies, because I make a mean fruit mince pie courtesy of Nigella).

So this was fun, if a little nerve wracking as I wasn't sure if it was going to work!

I made a half batch because I didn't have a lot of moulds, and even then it made plenty. I also used the pulp that comes in jars in the fruit and veg section, because I couldn't get the actual fruit. (It worked fine). I found it really interesting that there isn't any gelatin in the pastilles - just pectin and sugars and flavour. Kind of super set jam.

Which all left me realise it is much like making caramel. Let's see... 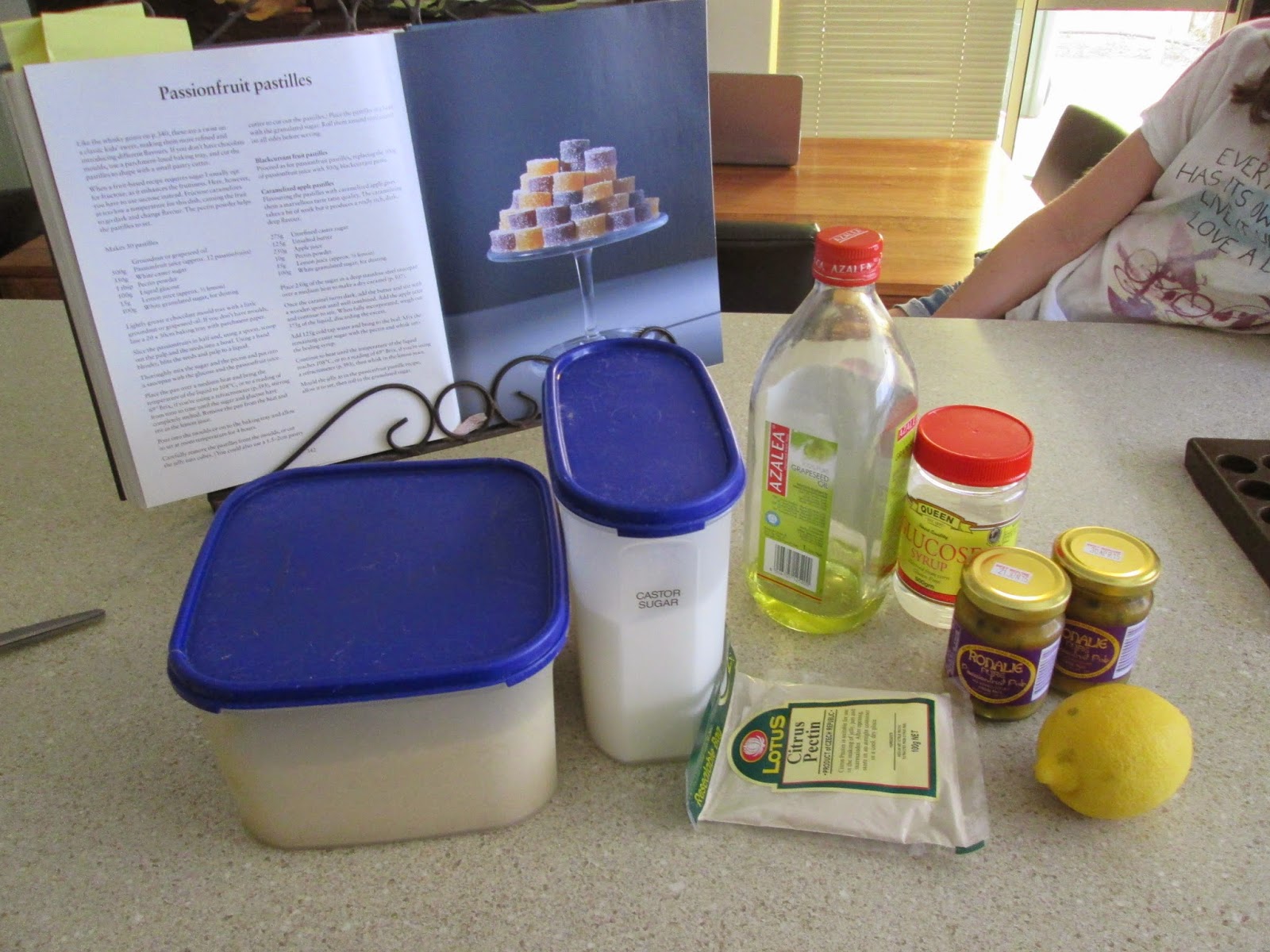 I got the pectin from the health food store rather than a speciality grocer. Thanks to an excellent tip from a co-worker. 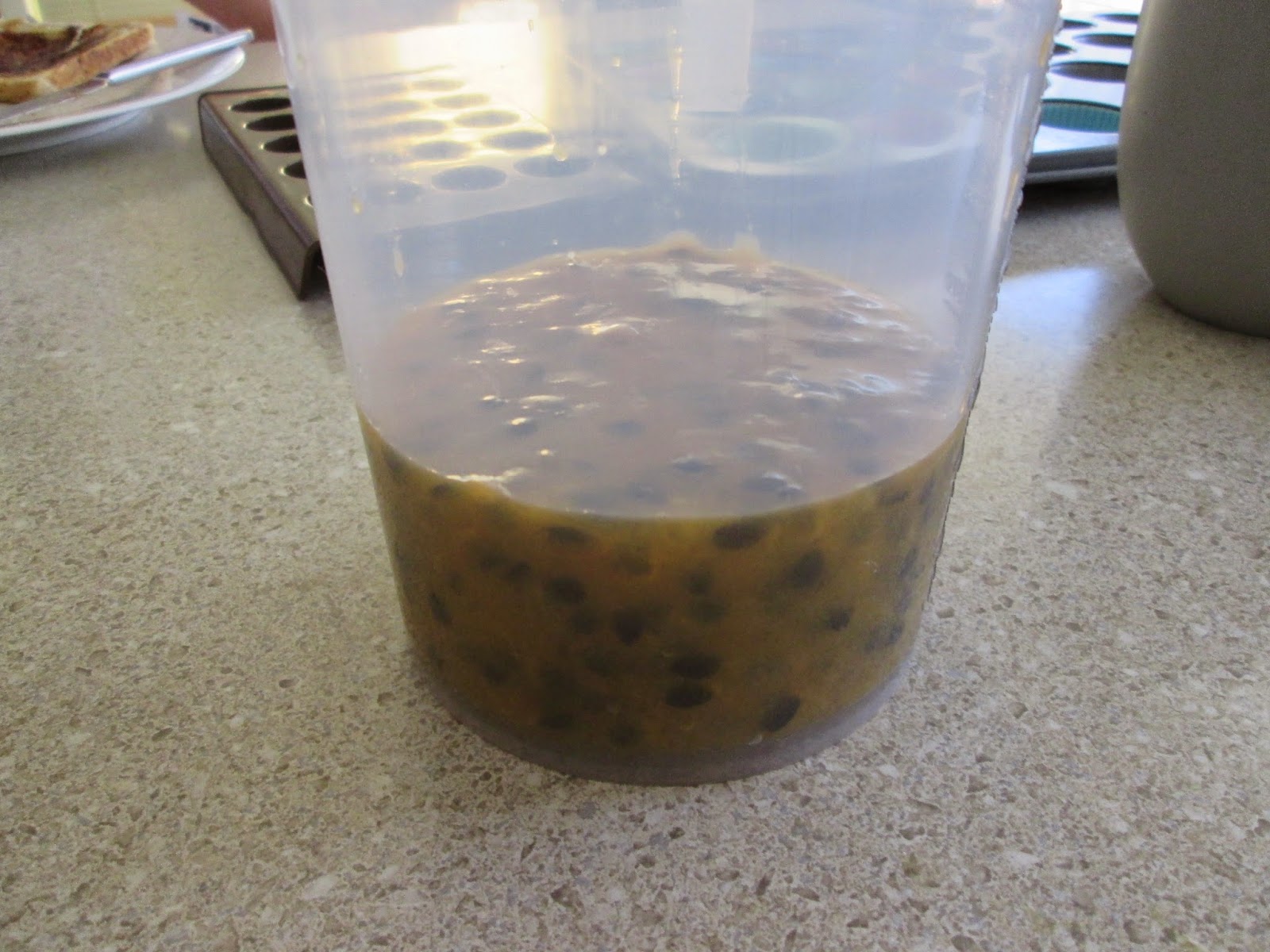 I was a little unsure about leaving the seeds in. Husband felt they'd be better seedless - just keeping the flavour, but most guests were happy with them in. ("It's like actual passionfruit, isn't it. Because that has seeds, so you expect them")  Of course, removing the seeds would be a pain and also greatly reduce your weight of passionfruit pulp. Maybe if you have them growing in your yard, but at $5 a small jar... I'm happy to keep the seeds in. 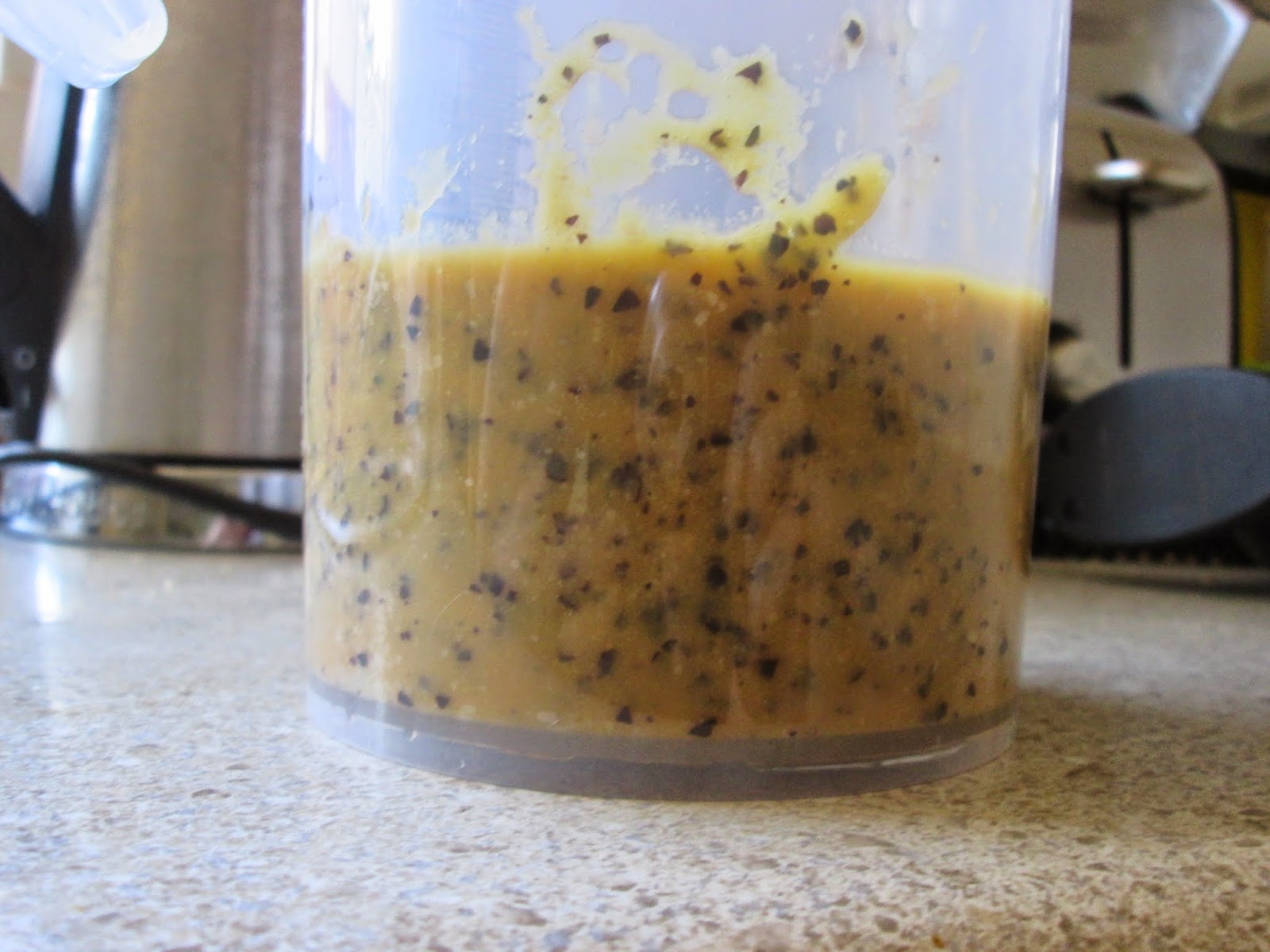 Mix the sugar, pectin and glucose with the pureed pulp


This was labelled as "citrus pectin". I don't know if there are many kids, but it worked fine. 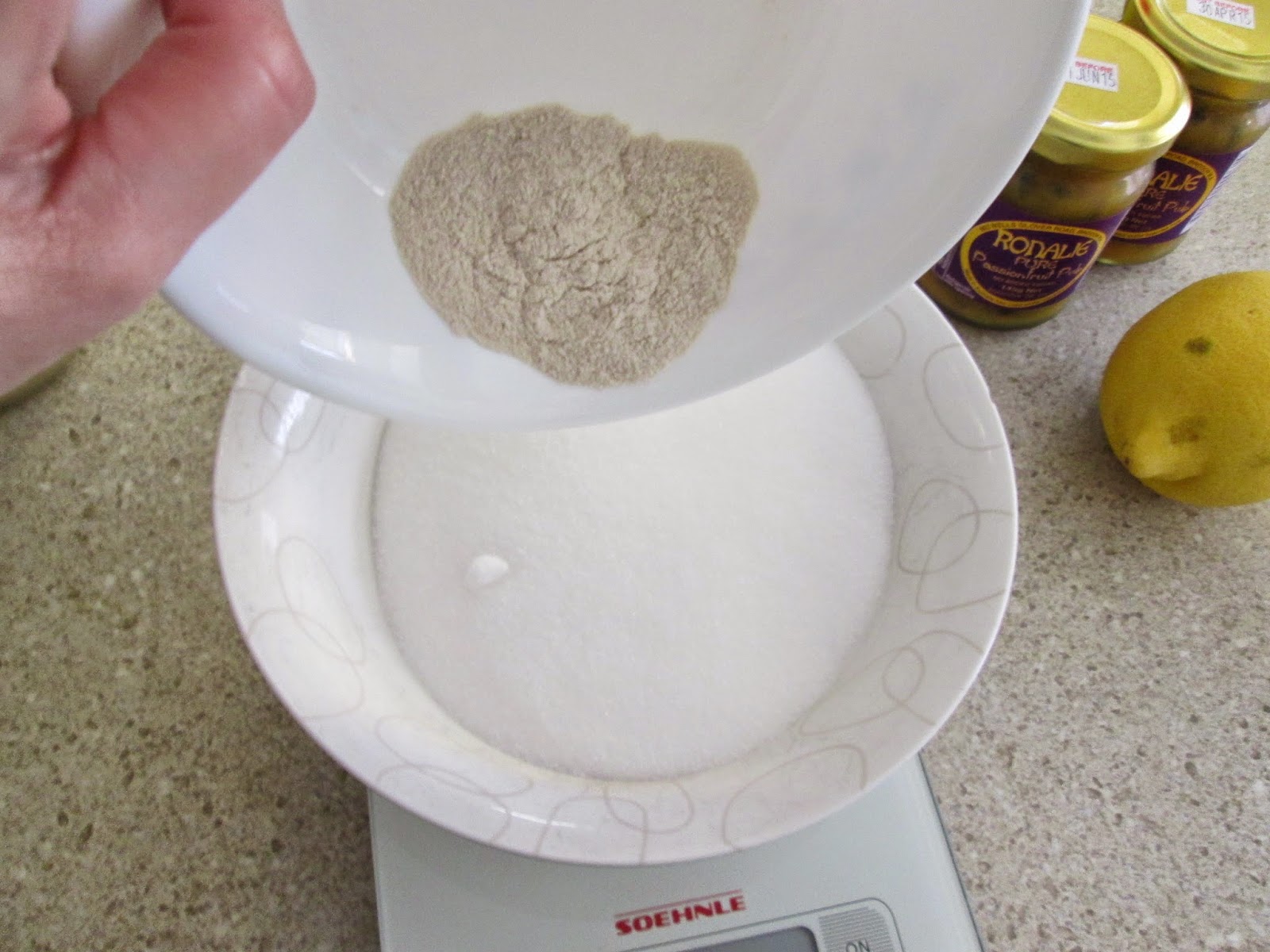 Pop it in and mix it up. 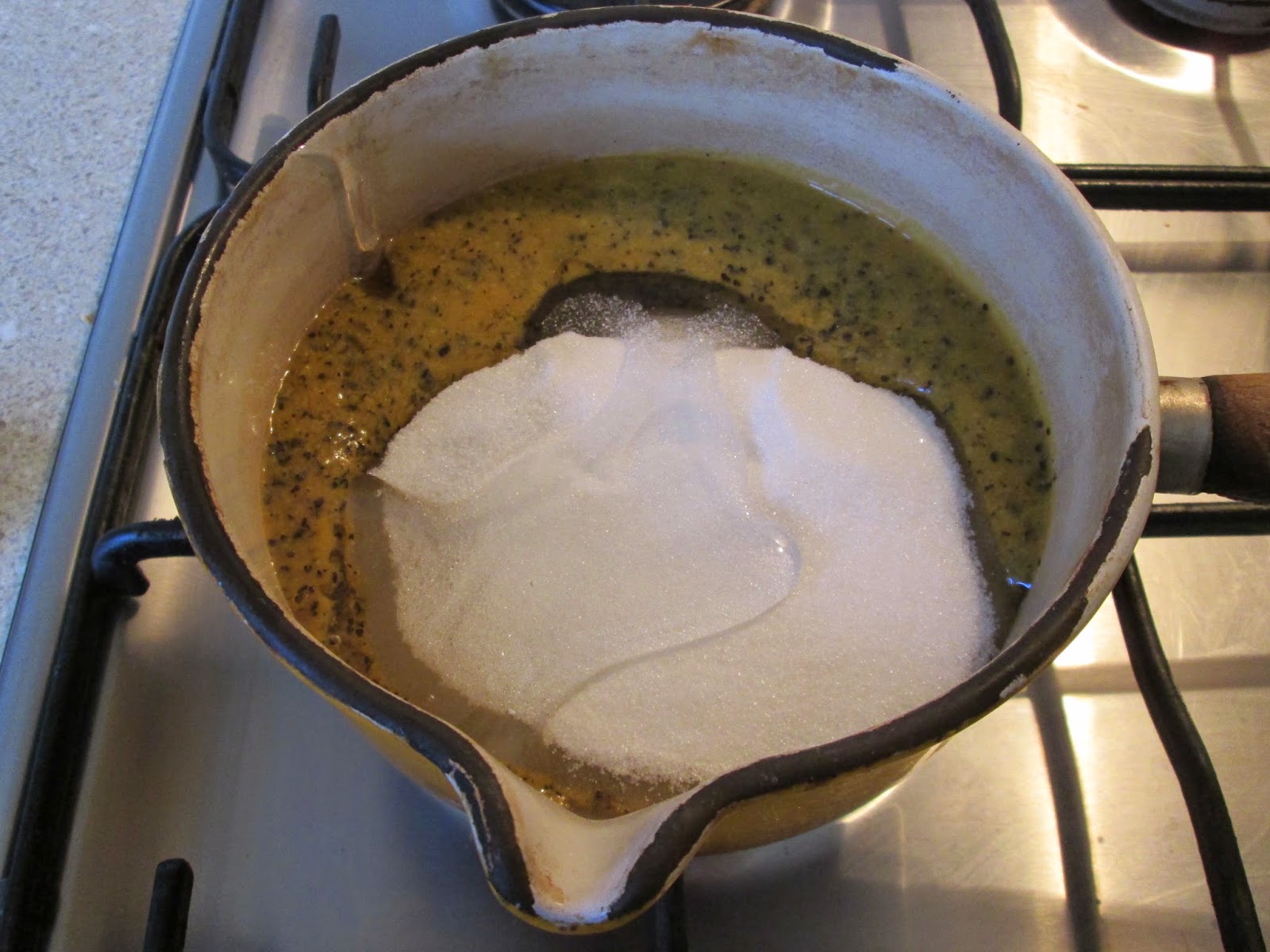 *harder than it sounds

So there isn't a lot of photos of this, because it is very difficult to juggle a spatula for stirring, and an electronic thermometer and a hot saucepan and it's really very hot. It also took much, much longer than I expected. 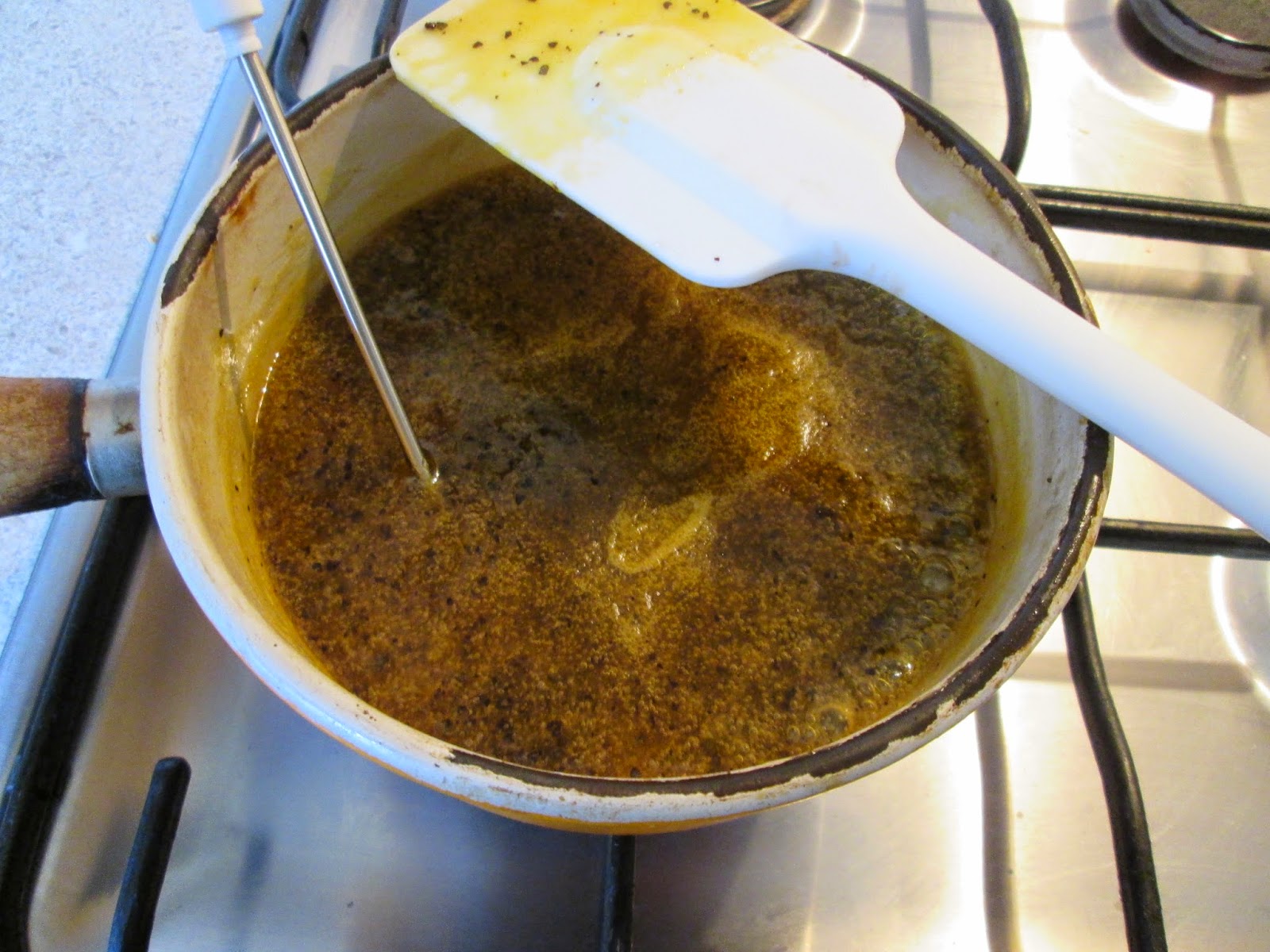 It got to 100 (Celsius) or so  without any trouble, but then stopped for ages, and then stop again at around 104... and so on. It took maybe 20-30 minutes? I'm not sure, it felt like forever, and it was very awkward standing so close of the boiling sugar of threatening doom...I got really worried it just wasn't going to get there at all, and nearly took them off early. The colour went from a light-ish yellow to a very dark yellow-brown.

Once it hit the magic number it took it off very quickly! Then lemon juice goes in then. No photos, boiling passionfruit scented caramel stuff, not enough hands for photos.


Despite doing a half mix, I still had extra, so used some left over mini muffin silicon cups. 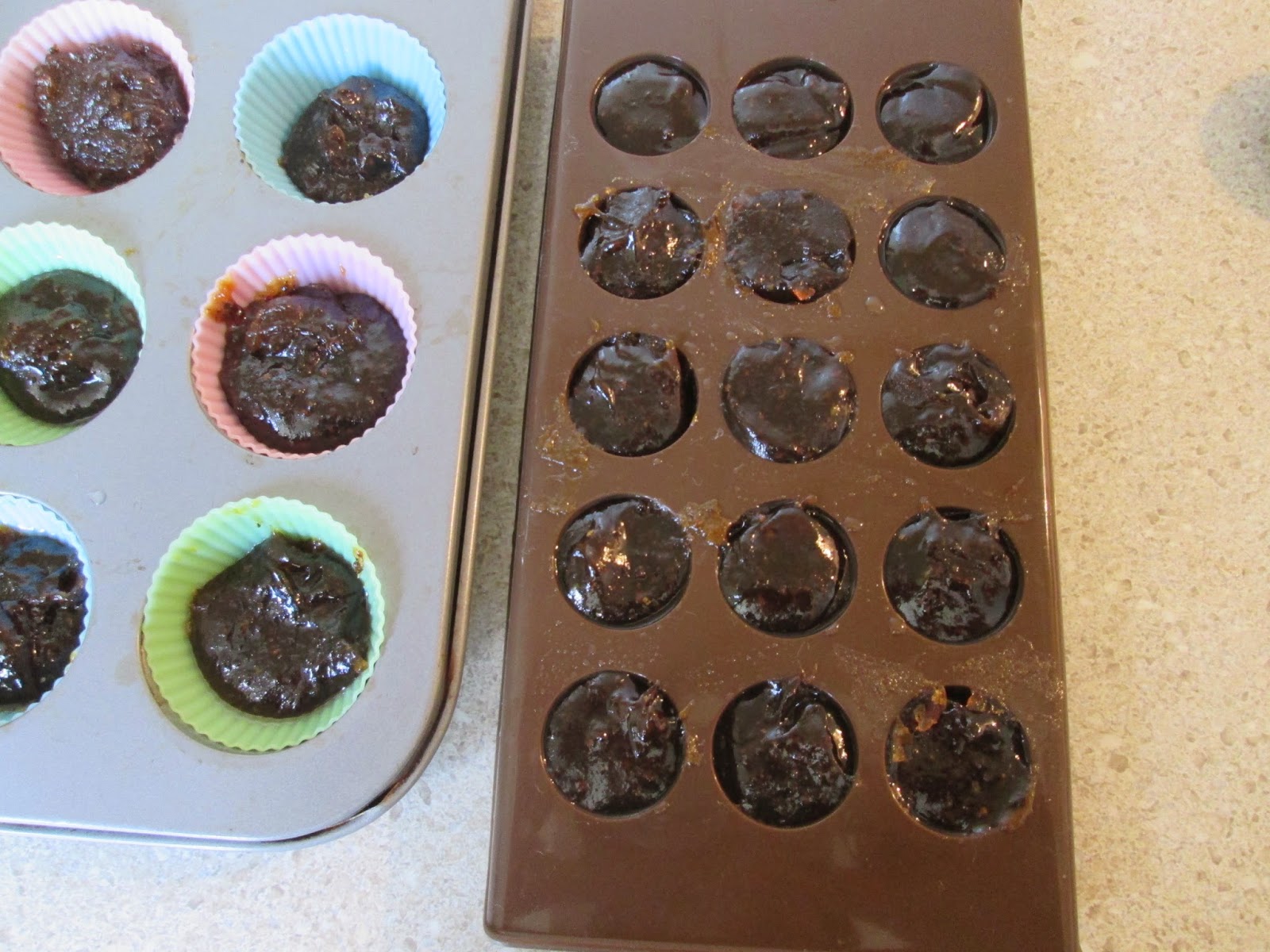 Then, very nervously... pop them out! 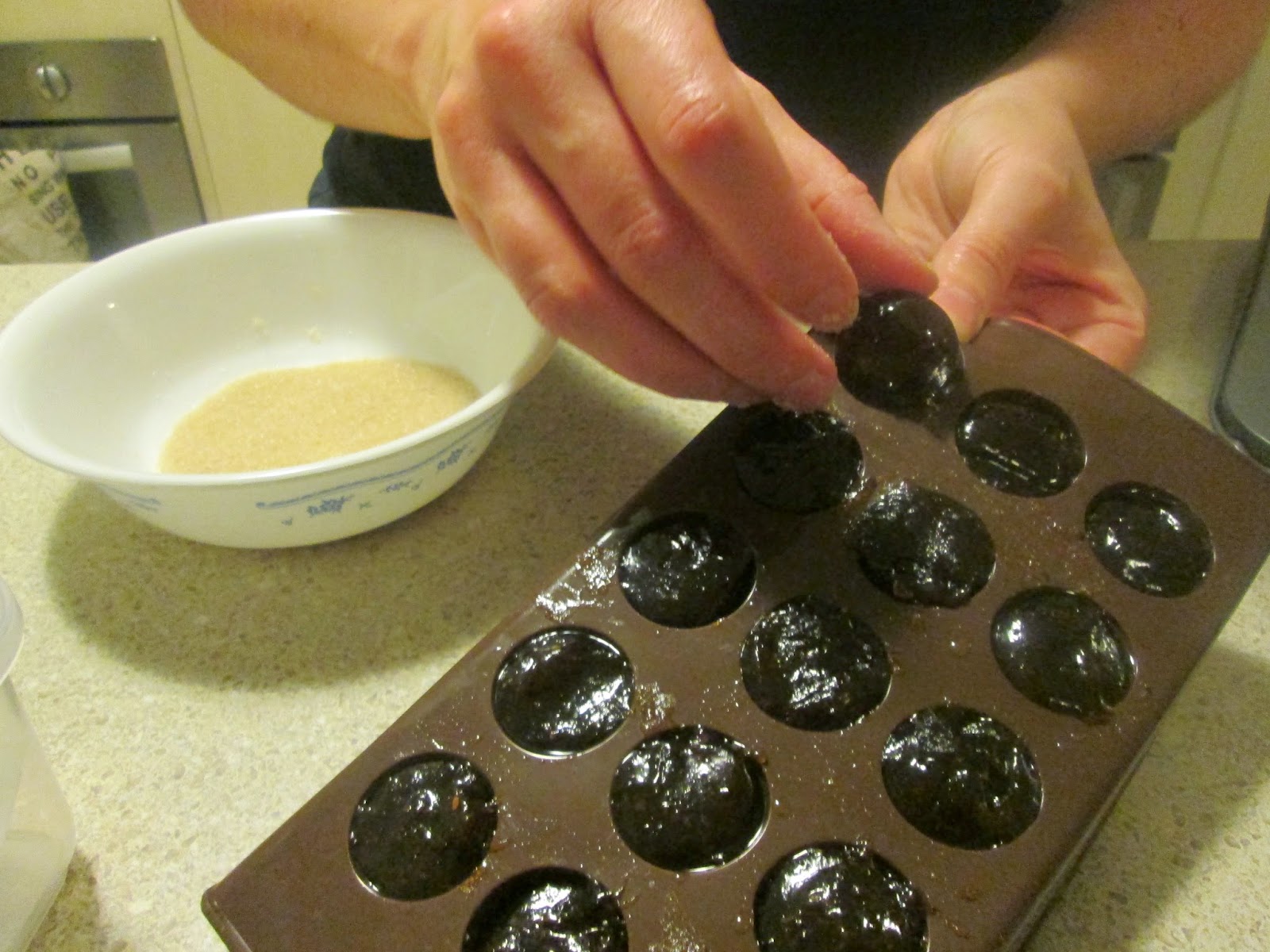 Roll them in sugar... 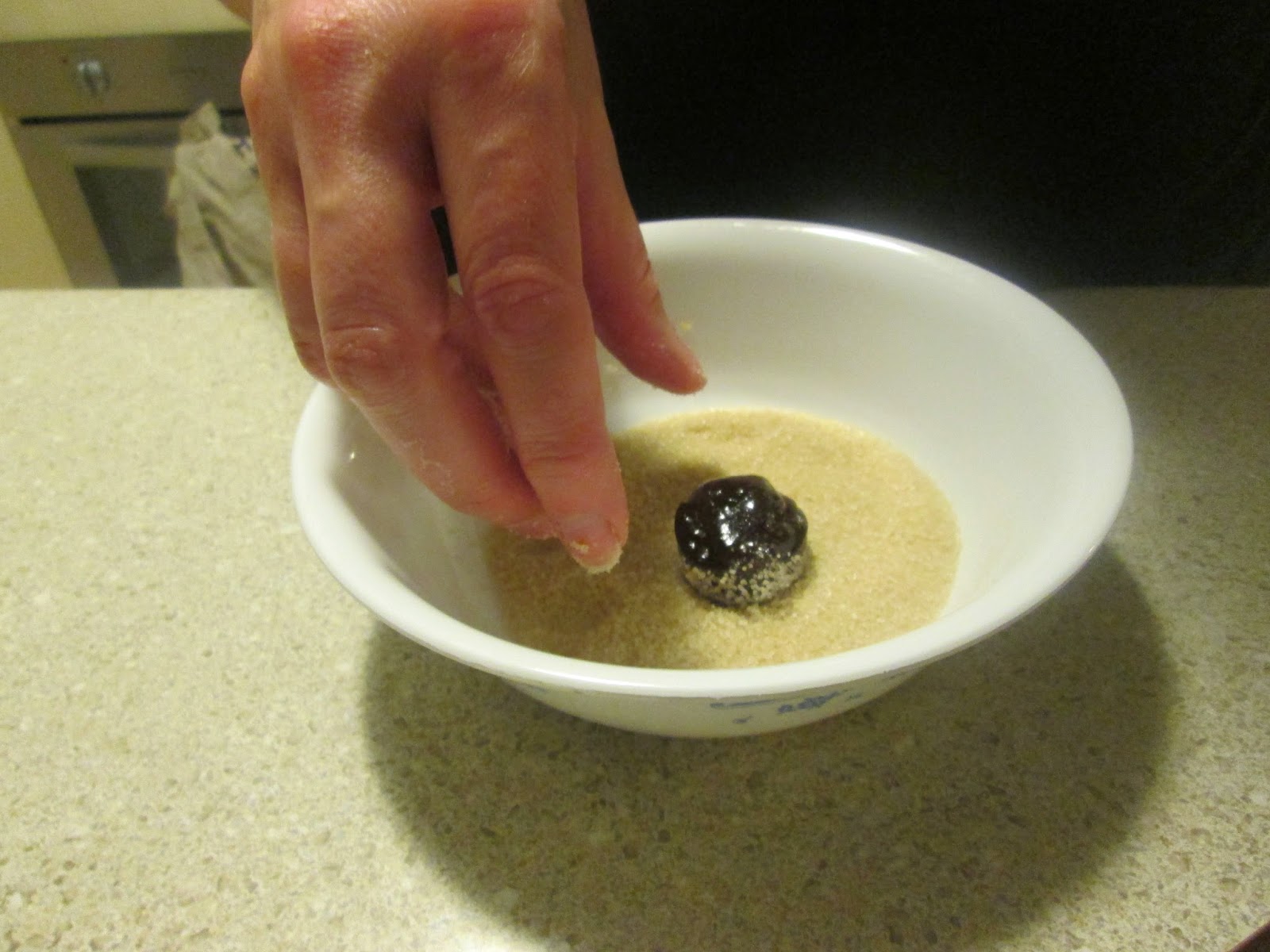 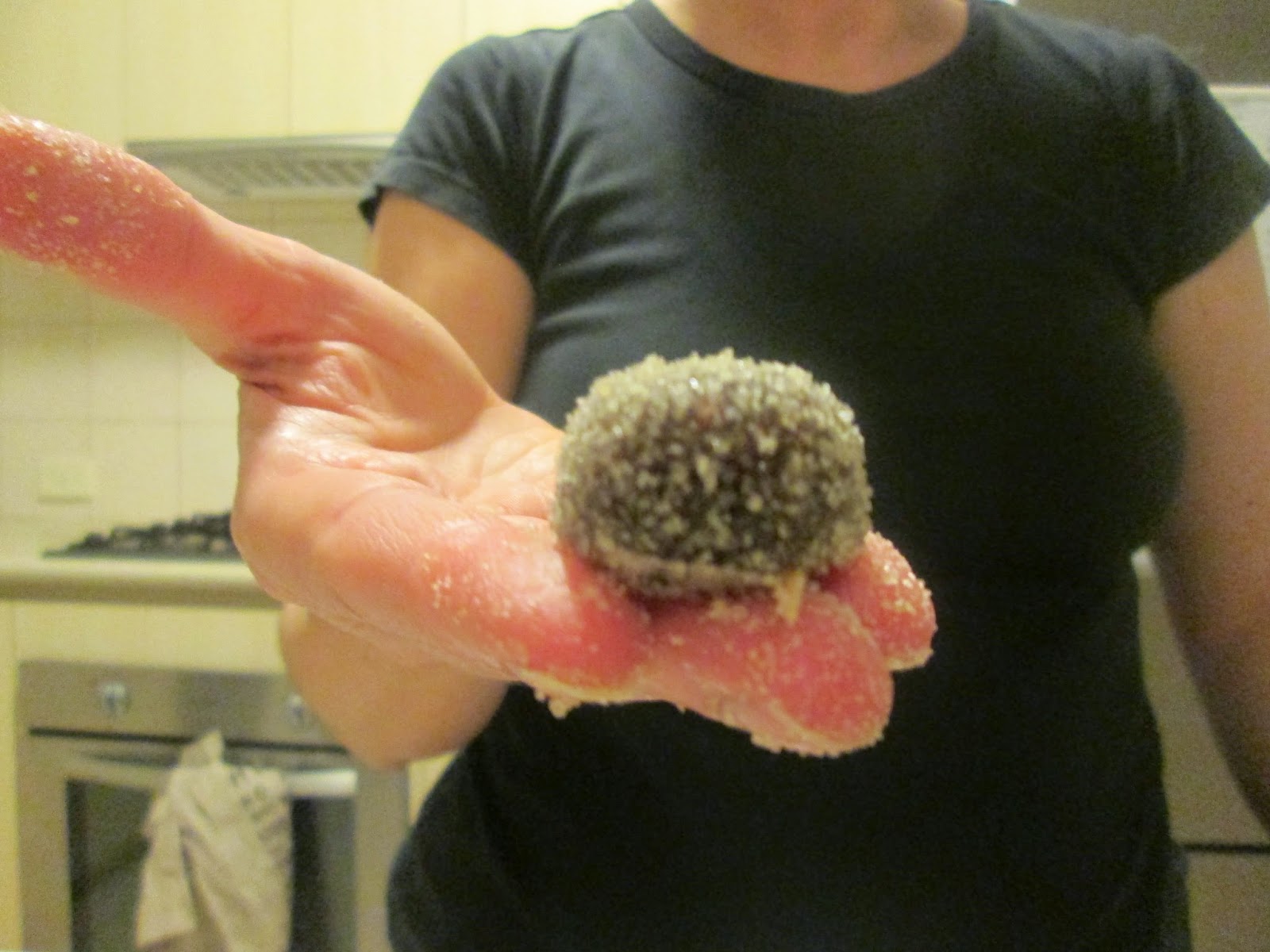 I was taken aback by how great they looked. Yay!

Other then the significant nerves over the getting-to-the-right-temperature problem, these weren't very difficult barring the usual dealing with molten sugar issue.

Product wise... they are really intensely flavoured and a soft, but not too soft texture. They are not the hard kind of jube, more like those fancy pastilles you might give as gifts.  Personally, I found the flavour too strong. But I was the only person to feel that way.

I'm tempted to buy about another 3 of the silicon trays, they do make the finished product look much more like the real deal.

Very popular, though more so for some than others. As in, for those who loved them, I could use them as gold currency. I now am tempted to try the caramelised apple variety...

Next: Chocolate sauce for Madeleines. For reals this time. ;)