So this is a lazy, getting-back-into-it post. Home life has been a tad busy, so not a lot of dinner-partying going on.

But then I had a birthday to go to - an excellent day to make something.

I went easy on myself, and selected Heston's Chocolate Truffles recipe.

You can see a copy of it here, on the SBS website. It's also found (in a flavoured version) in
Heston at Home. He also makes them on the associated How to Cook Like Heston TV show.

Really, they are dreadfully easy. Make ganache. Roll it into balls and coat in something. See? Two steps. Painfully straightforward.

But the real question is... does it live up to the promise?


I decided to do two flavours - one, the as-written salted dark chocolate and a straight milk chocolate version. I was tempted by the rosemary and bay flavoured ones in the book, but as these were a gift and for a party, I decided to play safe. Or so I thought.

Here is everything for both the milk chocolate/hazelnut meal version and the dark chocolate/cocoa rolled versions. 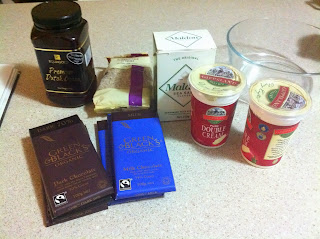 Heat up the cream

So I was doing the one from the website, so no extra flavouring or infusion necessary. 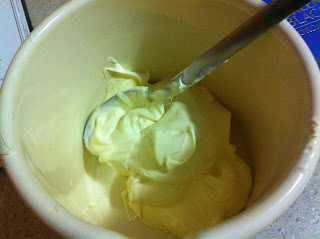 The heated cream has a teaspoon of salt added. (I omitted this for the milk chocolate version) 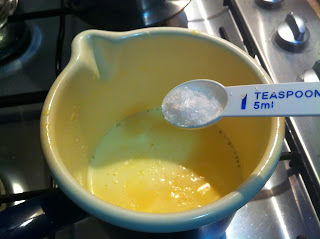 Admission: I melt my chocolate in the microwave in 30 second increments, stirring each 30 seconds. Easy, quick and I've never had it seize due to steam (unlike the water bowl method).  (If you're curious - 300g? around 1:30 or so.)

Mix the cream into the melted chocolate in batches. 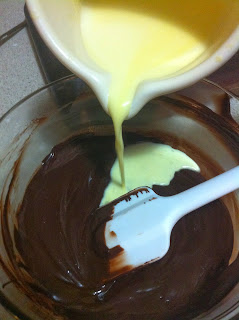 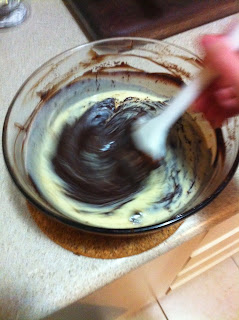 Okay, all ready to go into the lined container. My lasagne pan was near-perfect size. 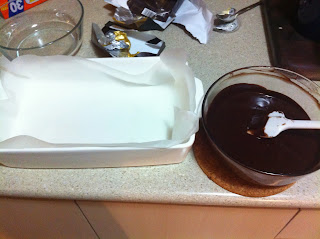 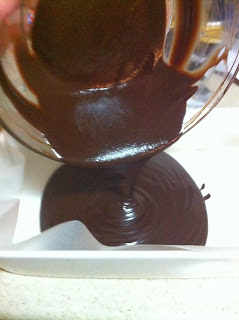 Then I repeated that for the milk chocolate minus the salt. 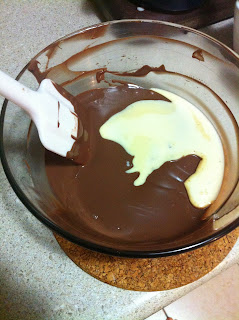 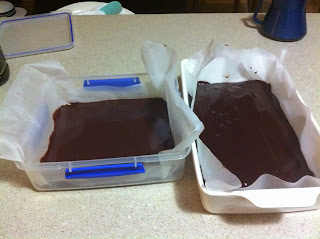 Okay, all chilled. This is the dark chocolate - it was too hard to work straight from the fridge, so I left it to warm up a little. 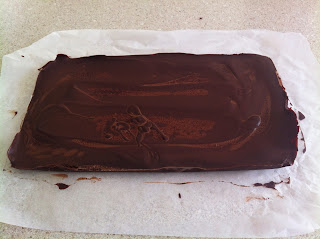 And did the milk chocolate instead. This was noticeably softer. I think I would probably drop the amount of cream in a milk chocolate version in future to maybe 200-250g instead of 300g 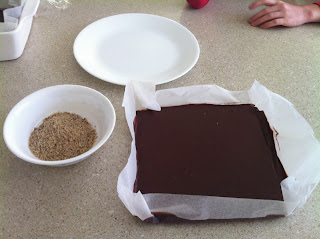 Then just scoop balls of ganache, and then roll them in your outer layer - for the milk chocolate version I used ground hazelnuts. 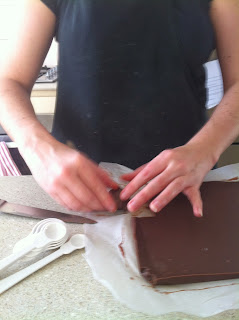 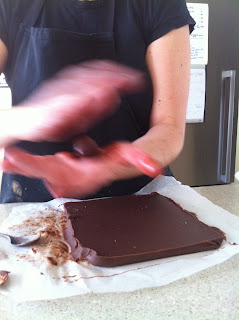 Rolled in hazelnut and looking pretty. 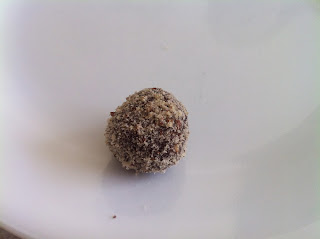 Then did the same for cocoa for the dark chocolate ones. I really wish I had a melon baller - I suspect this would have been much easier.I ended up using my round spoon measures in the main, it gave a nice shape and size without a lot of handling. Rolling them in my hands was messy and not worth it. 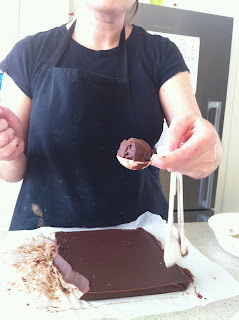 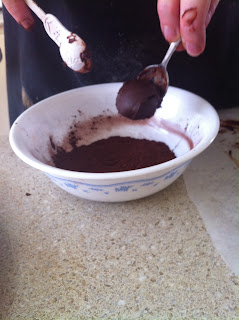 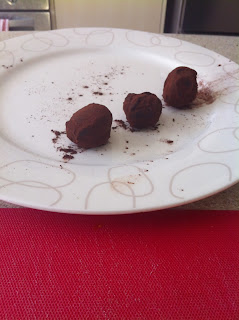 But don't do this if you want a clean bench! Even when it's good, it's pretty messy. 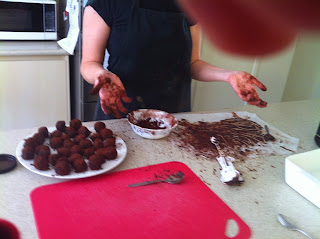 End result:
Gift all ready, with extras to share at the party. 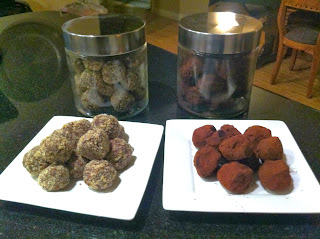 Interestingly (to me) I think I had the strongest reaction to a Heston dish to date .. (maybe everyone has been too polite previously?)  One guest tried the salted dark chocolate one and loudly proclaimed, "Oh God, that's disgusting! All I can taste is salt! .... I'd rather it was bitter!" To be fair, the poor guy didn't know I'd made them. In his (possible?) defence.. I do think that 1 teaspoon of salt was too much - I didn't find it overpowering but you could probably dial it back to 1/2 a teaspoon and still get the effect.

That said, several other guests liked them as they were - and a few noted that it was  just so unexpected - not bad but not what they were expecting (you get kind of used to that sort of thing for Heston I think...)

I think the dutch cocoa (which is what I generally use) possibly added to the contrast being fairly bitter in itself. (The cocoa "has a real kick", one guest noted)

The milk chocolate ones were a very popular (though a little too soft to my mind) and so probably a safer bet for a more "generic" / unadventurous palette.

Verdict
I'm tempted to try a slightly-less salty version so the salted flavour is less pronounced, or perhaps one of the flavoured versions. They are pretty easy to whip up - maybe I'll just consider it next time I have leftover ganache from icing a cake.

(Since I largely use ganache for cake icing, eating balls of it rolled in nuts etc. felt very decadent.)


Next: Not sure, next weekend I need to make Christmas puddings, so no Heston here - just Stephanie Alexander!
Posted by Kita at 9:17 PM 3 comments: