So, on the look out for something manageable after the last disappointment and waiting for the new Heston episodes on Masterchef Australia, I stumbled over a recipe on the Waitrose website: Cinnamon Roll Monkey Bread. Weird name, but hey, I thought my family loves cinnamon scrolls, and this is cinnamon scrolls as dessert!

The recipe serves 3. There are three of us. Perfect, no?

Let's check out the steps.


Sounds like... making cinnamon scrolls, right? Looks like it too. So I figured, perfect for a Winter's Friday night! 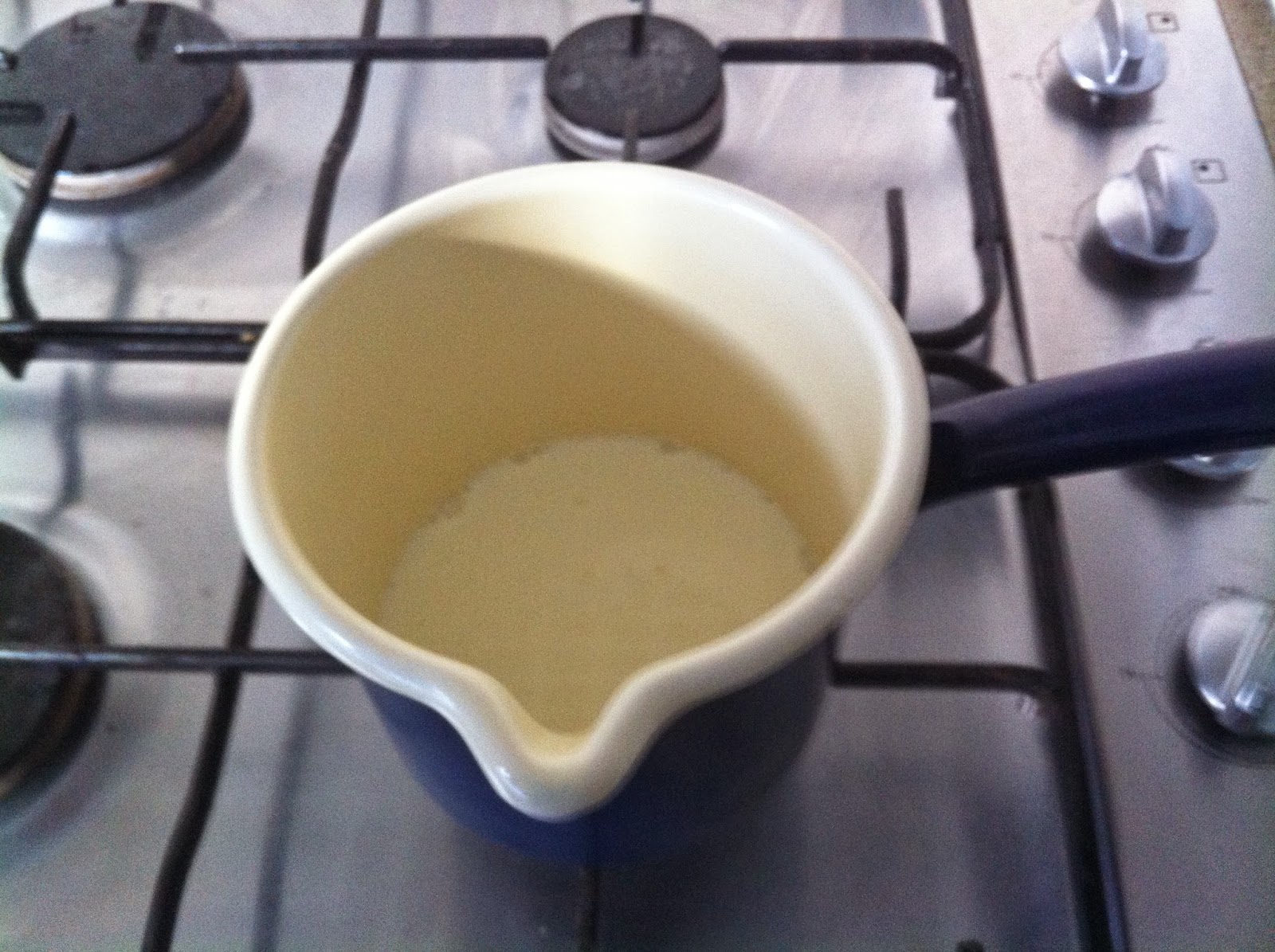 Add in the yeast and sugar, put the it aside to let the yeast yawn, wake up and smell the coffee. (Not literally, since you know, there's no coffee. And yeast is just like...nevermind.) 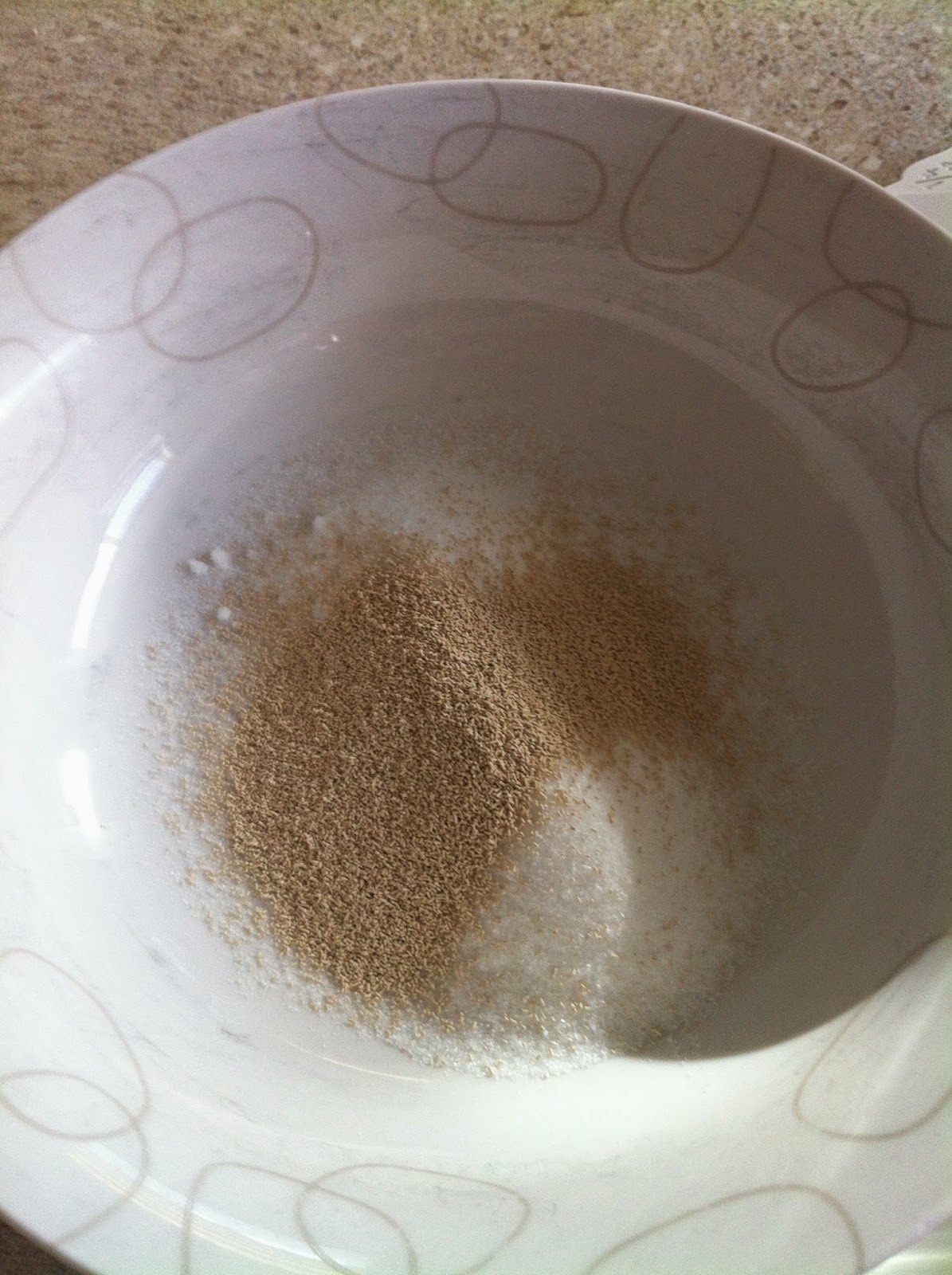 Add the butter, vanilla and egg to the yeasty milk. Then add that to the flour and salt. 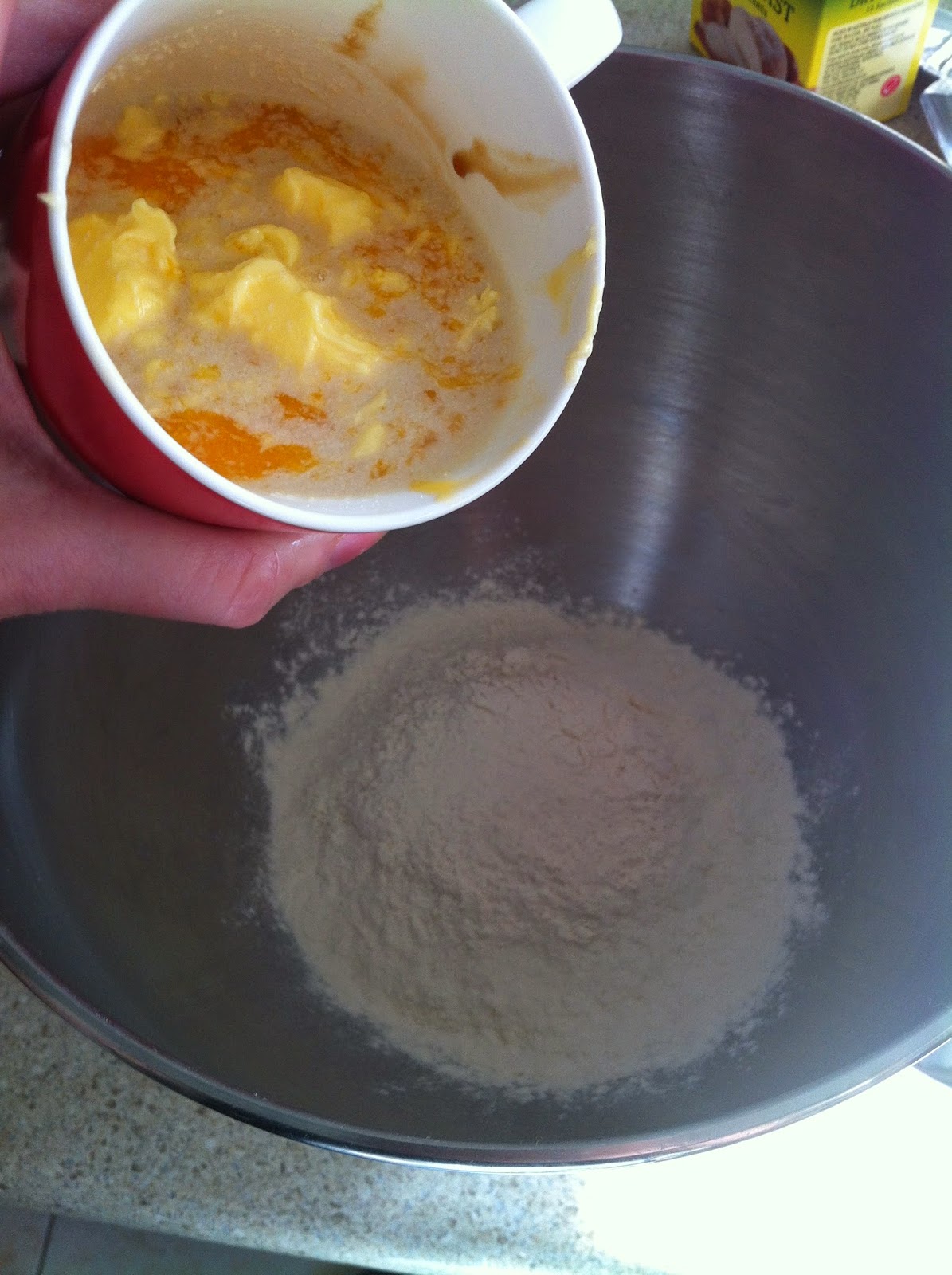 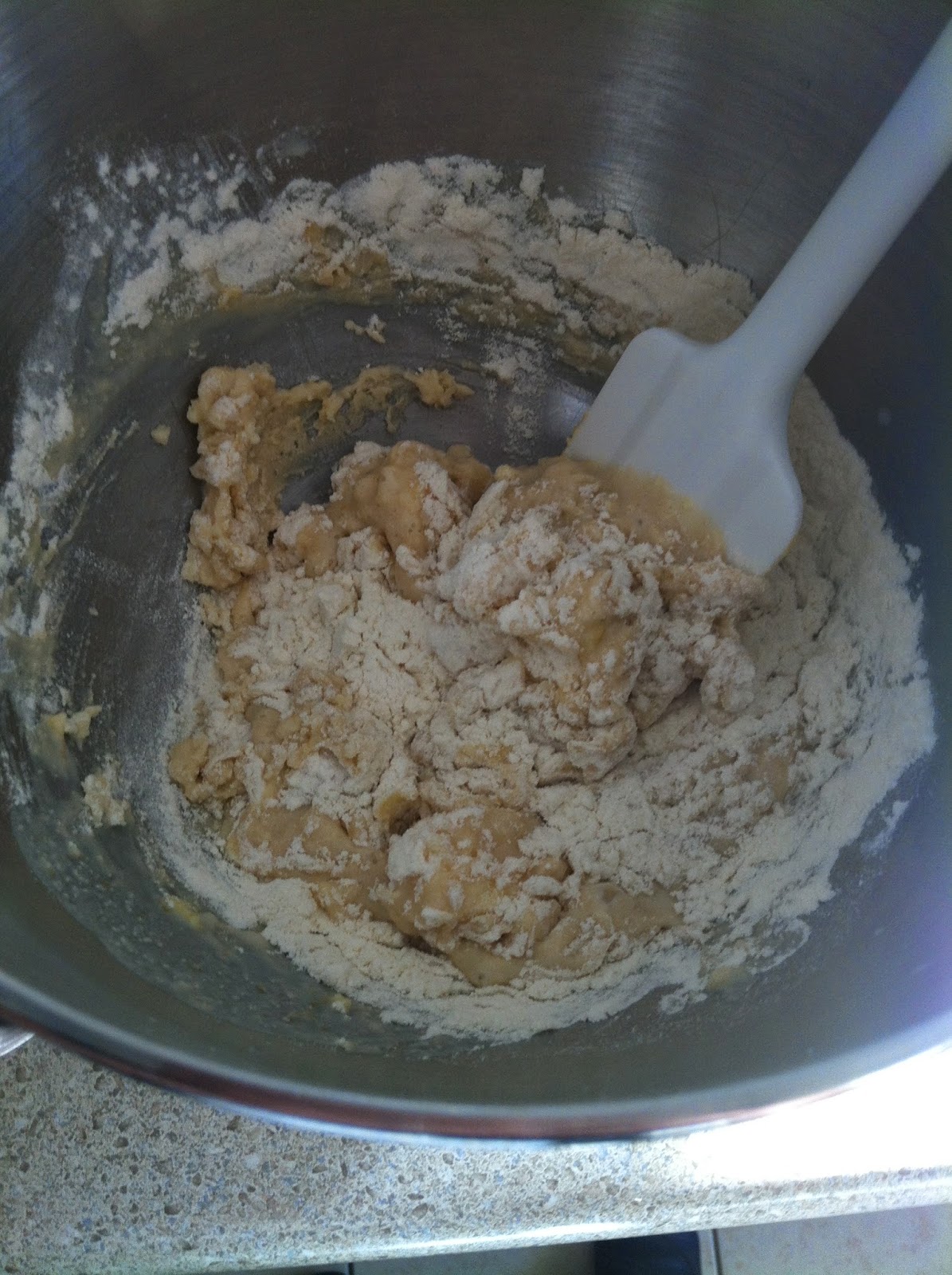 Pop it into the mixer with a dough hook until it looks dough-like. 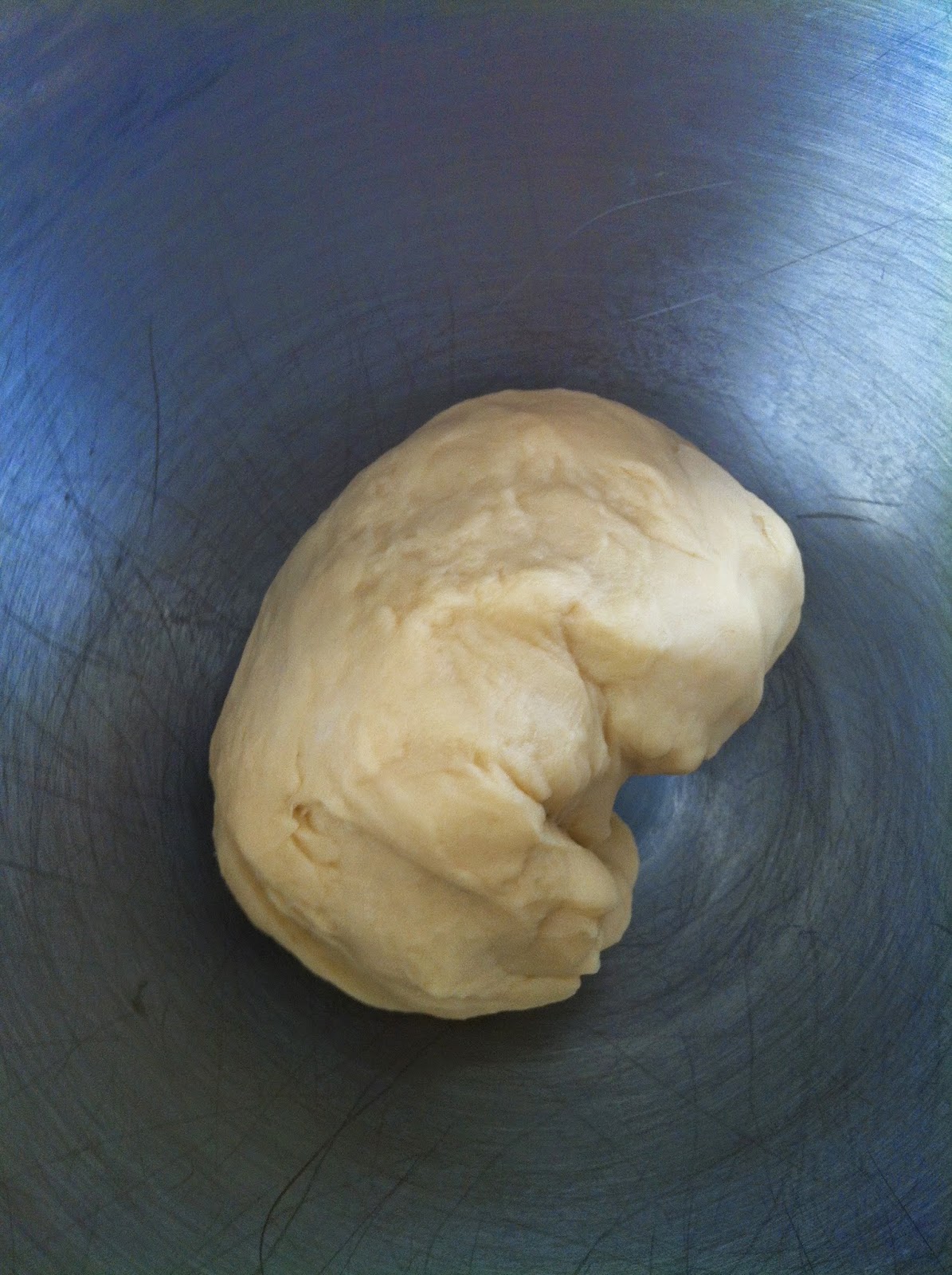 Into a bowl for it to prove for an hour. (i.e. Get fat and puffy) 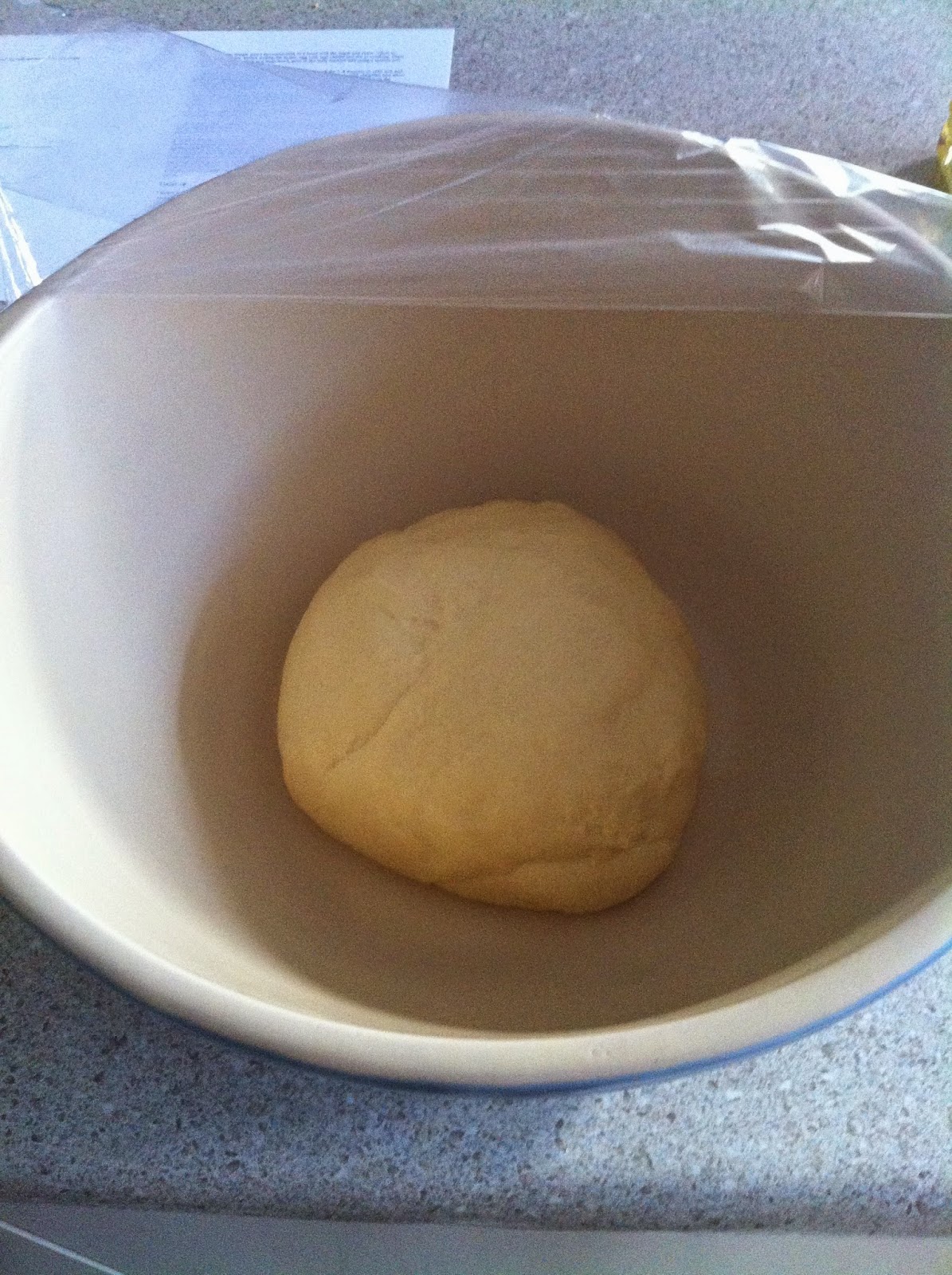 As instructed, I pressed down on it with the palm of my hand. (Mine didn't seem as puffy as his.) 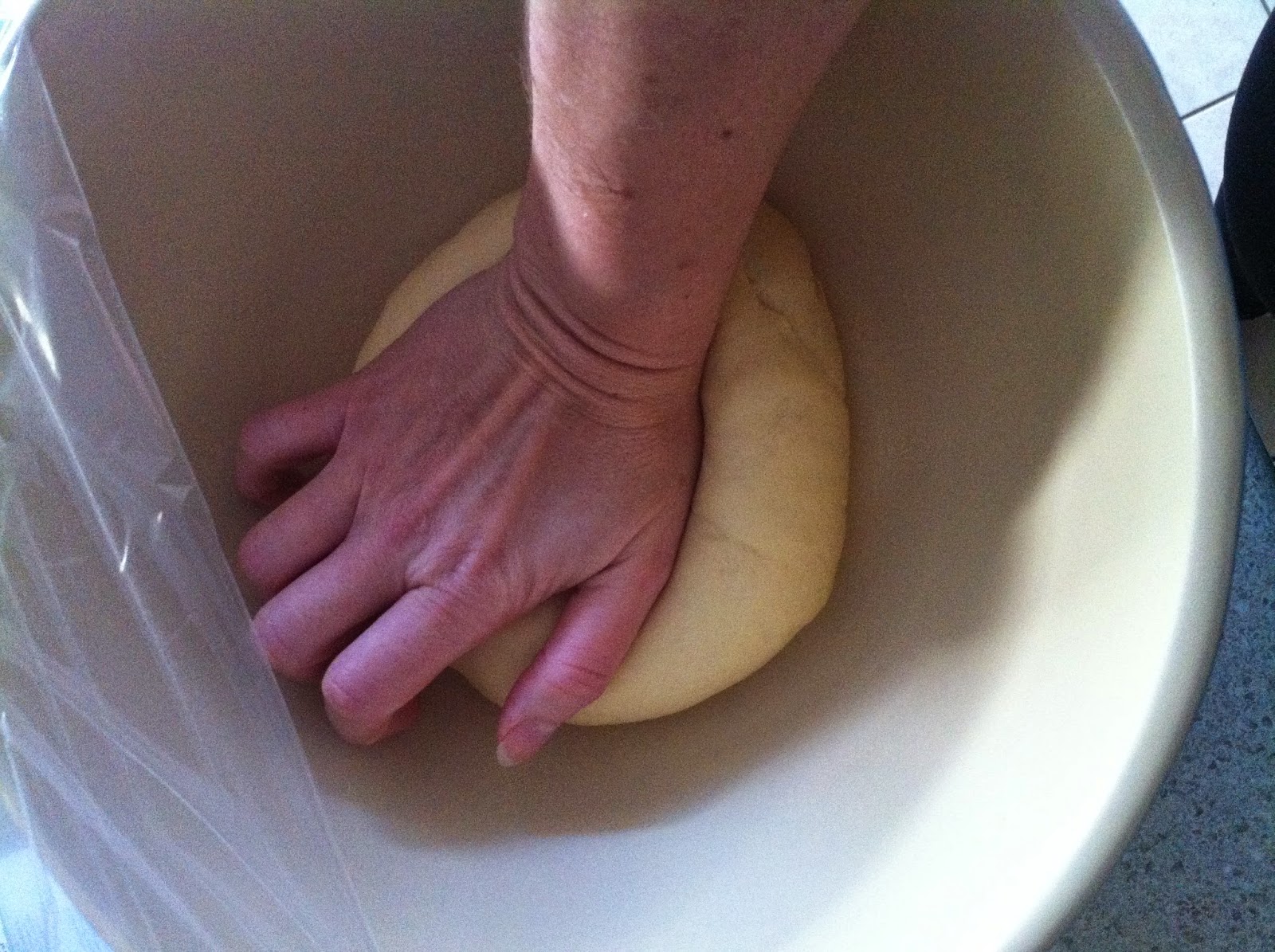 Then it goes into the fridge. For four hours. Why? No other cinnamon scroll recipe I have made needed this. *scratches head* Oh well, in it went. Insert random knowing-nodding-head-comment about starches resting or something. Mumble mumble. 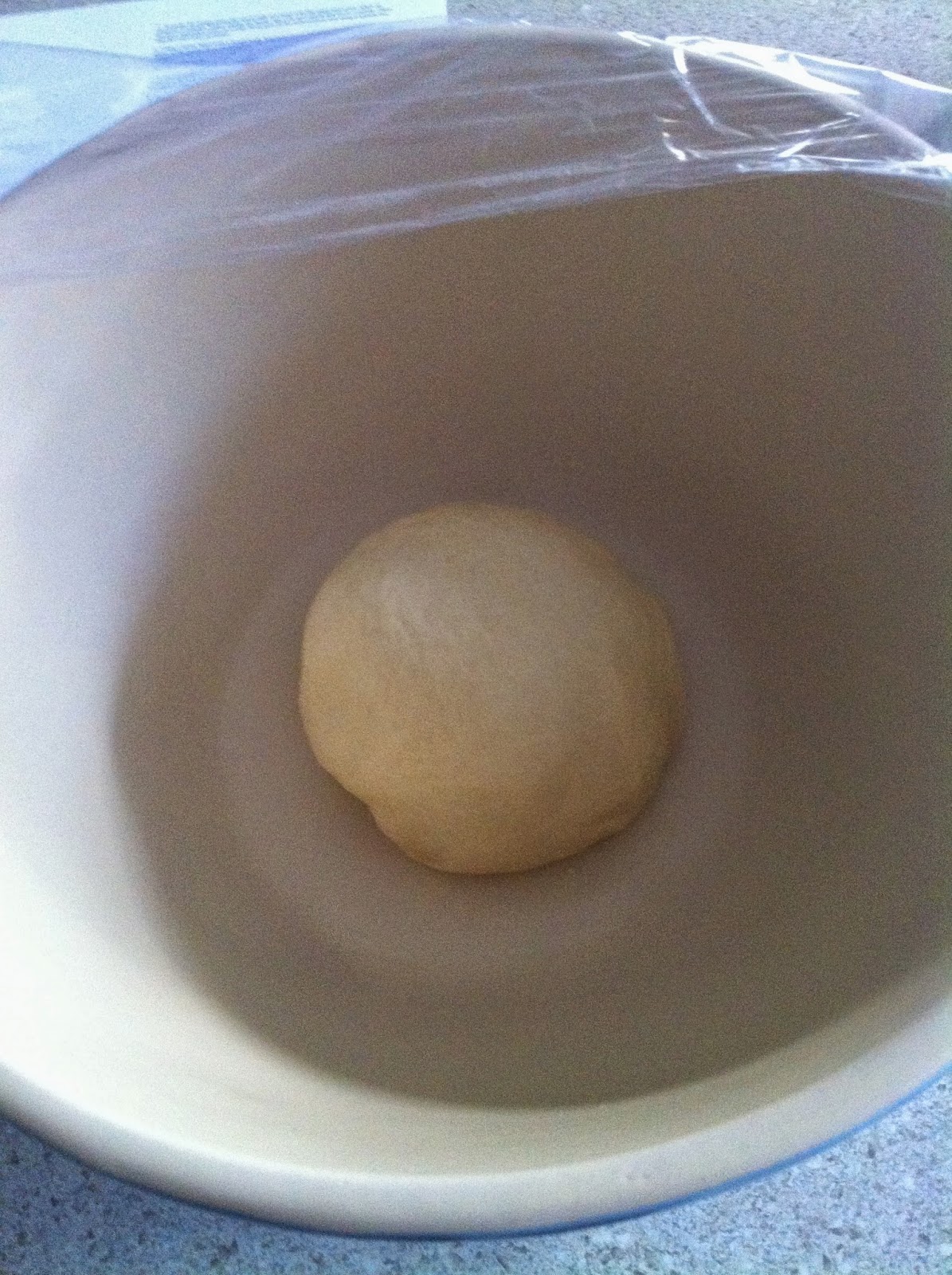 This caramel has apple in it. Rather shades of the apple caramels we made a while back. This one uses apple sauce. 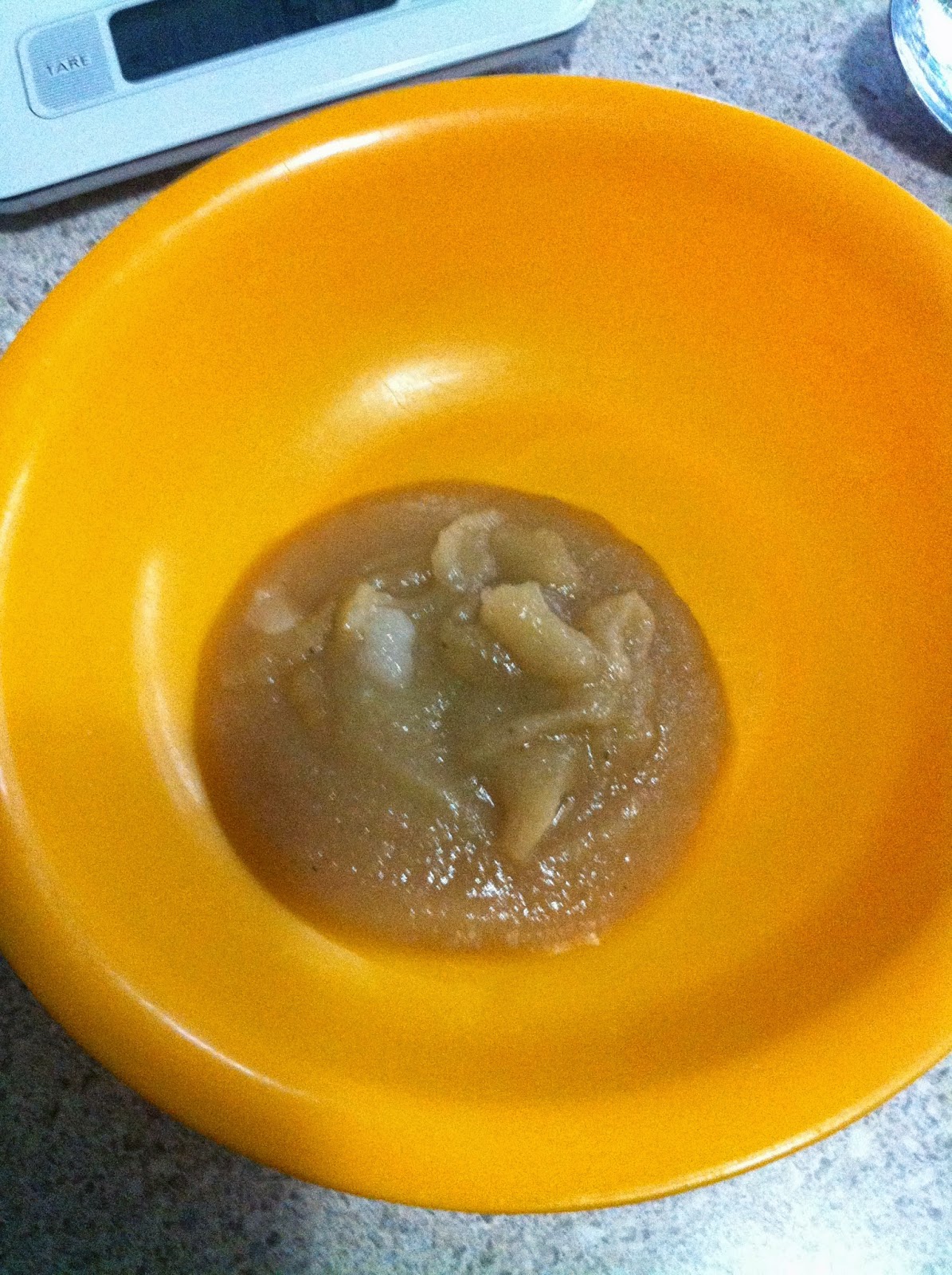 This is a dry burn caramel recipe. I found it interesting as he suggests a slightly different way of doing this than the one I am used to - no stirring at all, just lots of water on the edges. (And, I suspect, finicky temperature management, which he doesn't mention on the video). 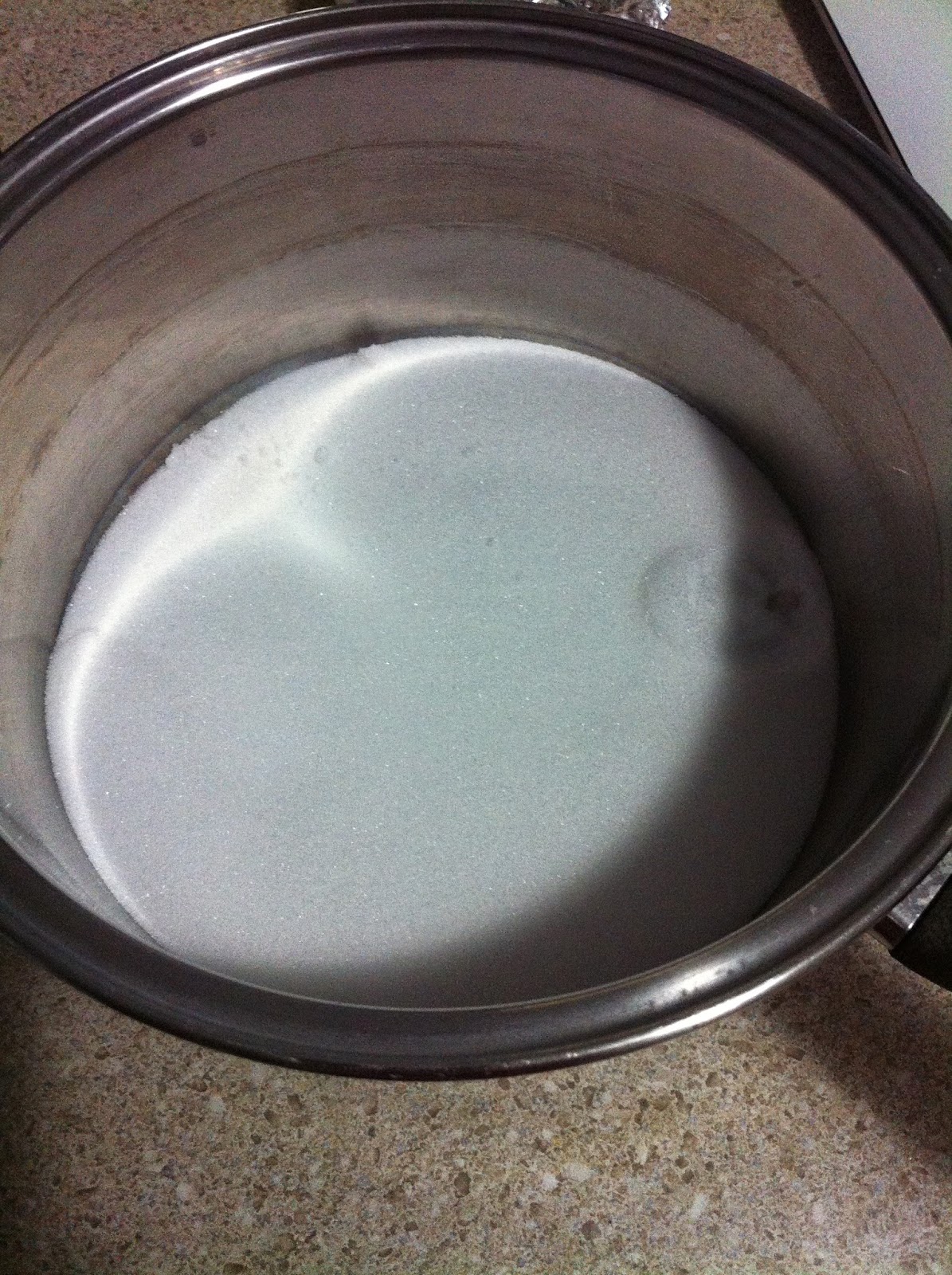 Ah, caramel. (No interim photo, the heat fogged up the lens). 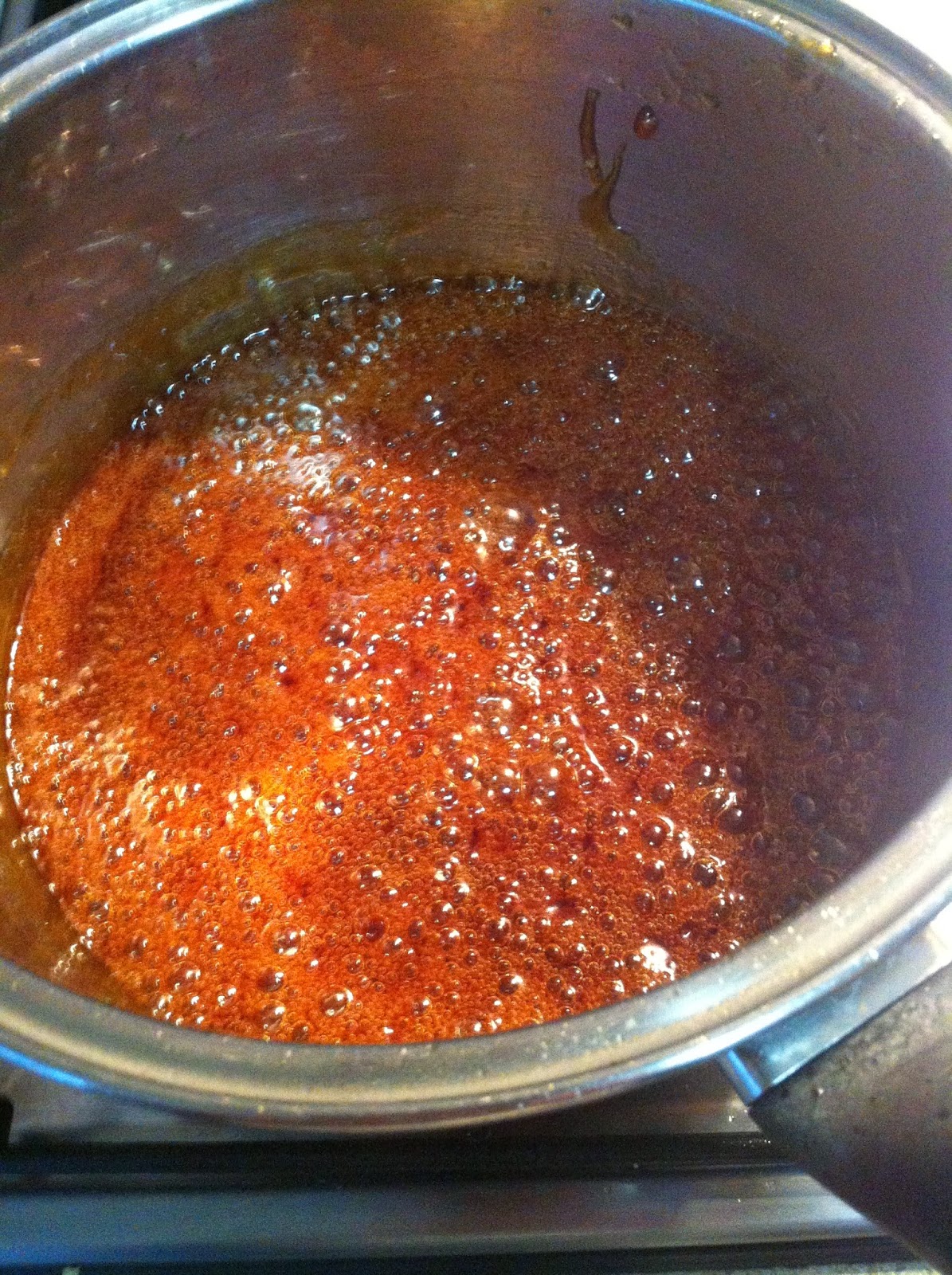 Add in your apple sauce. I think his was a chunkier one than mine. 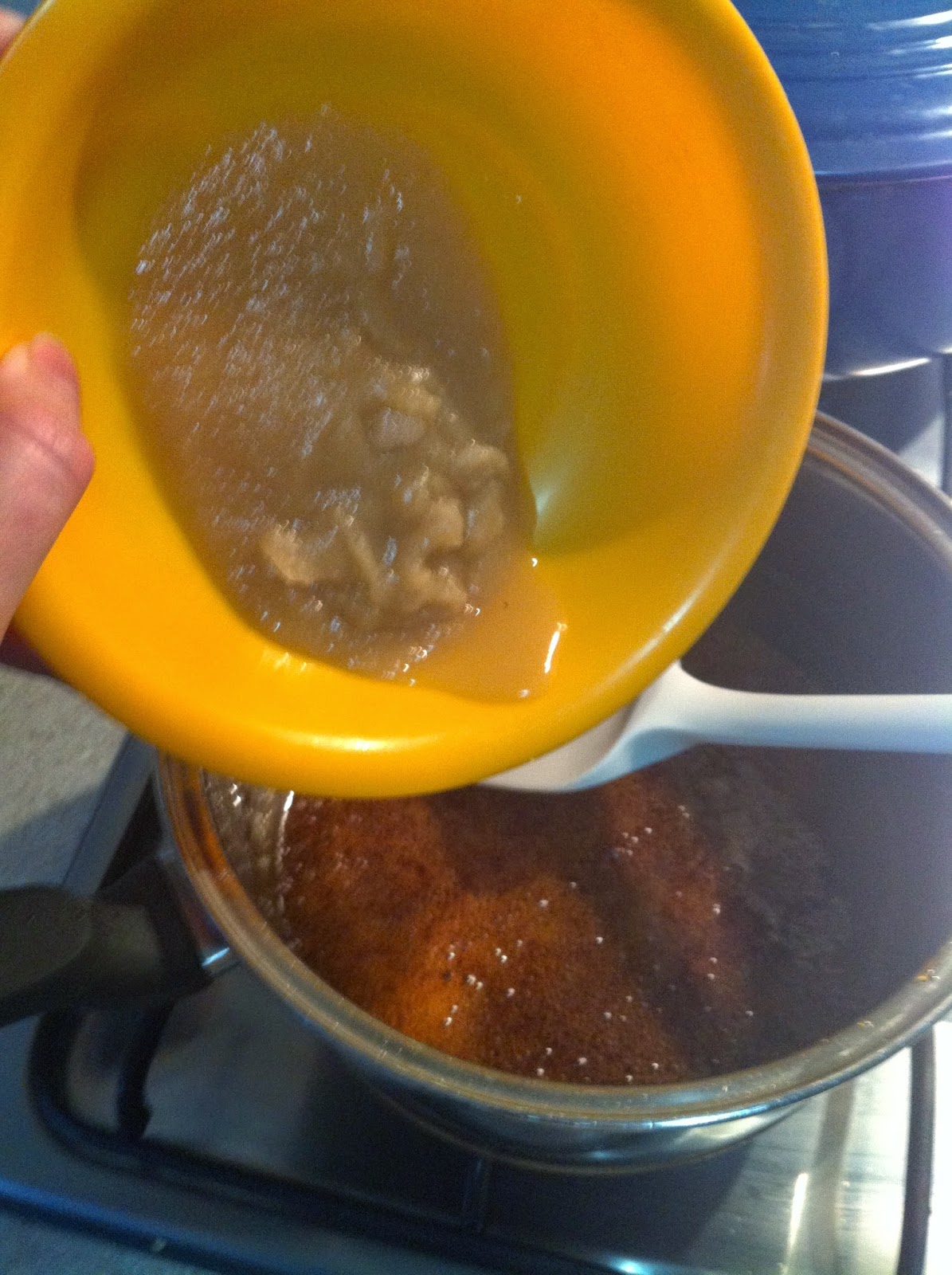 Chop some nuts. I had hazelnuts in the cupboard, not the called for pecans - so hazelnuts it was. 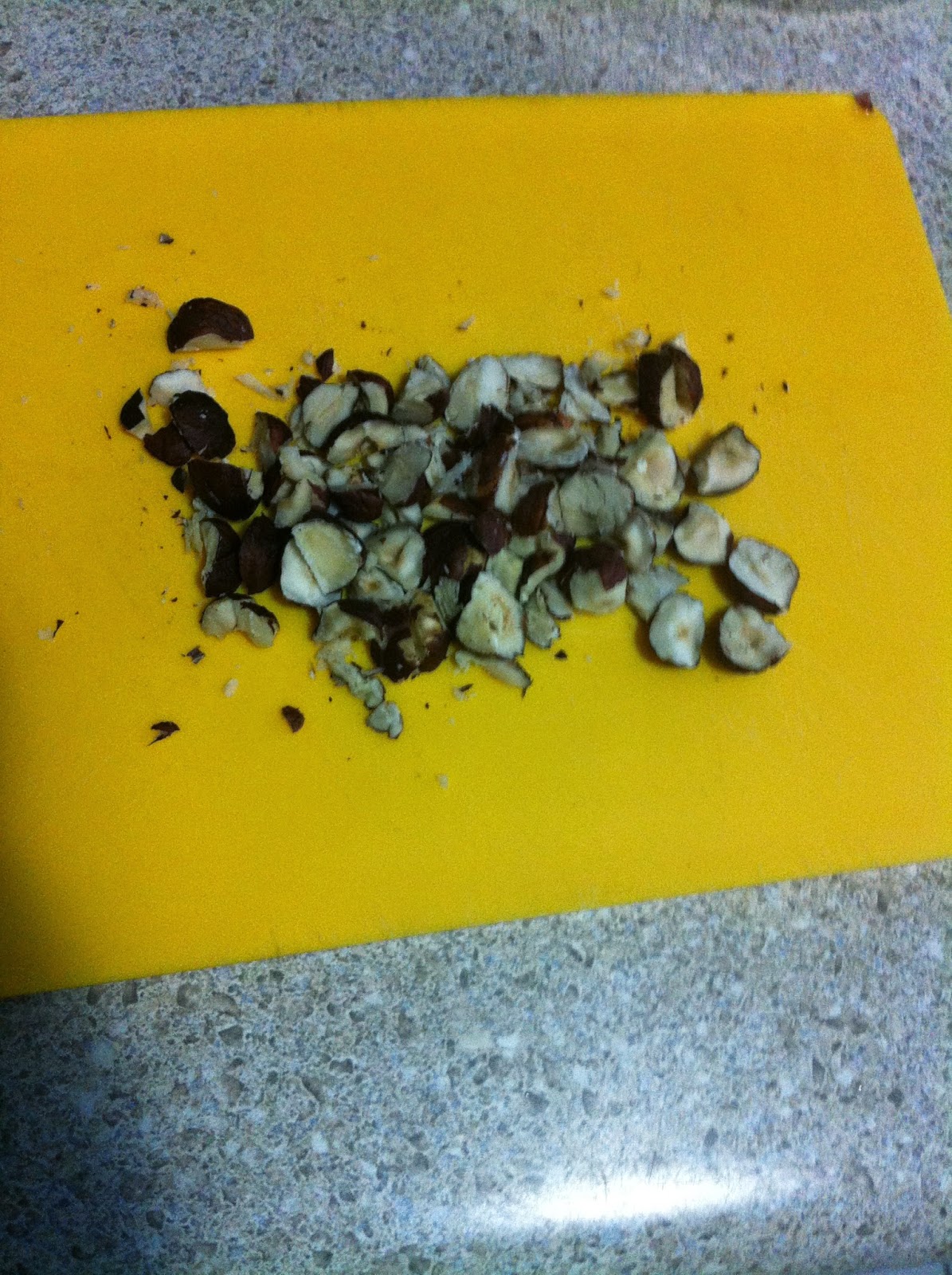 Prep the ramekins with caramel and nuts. 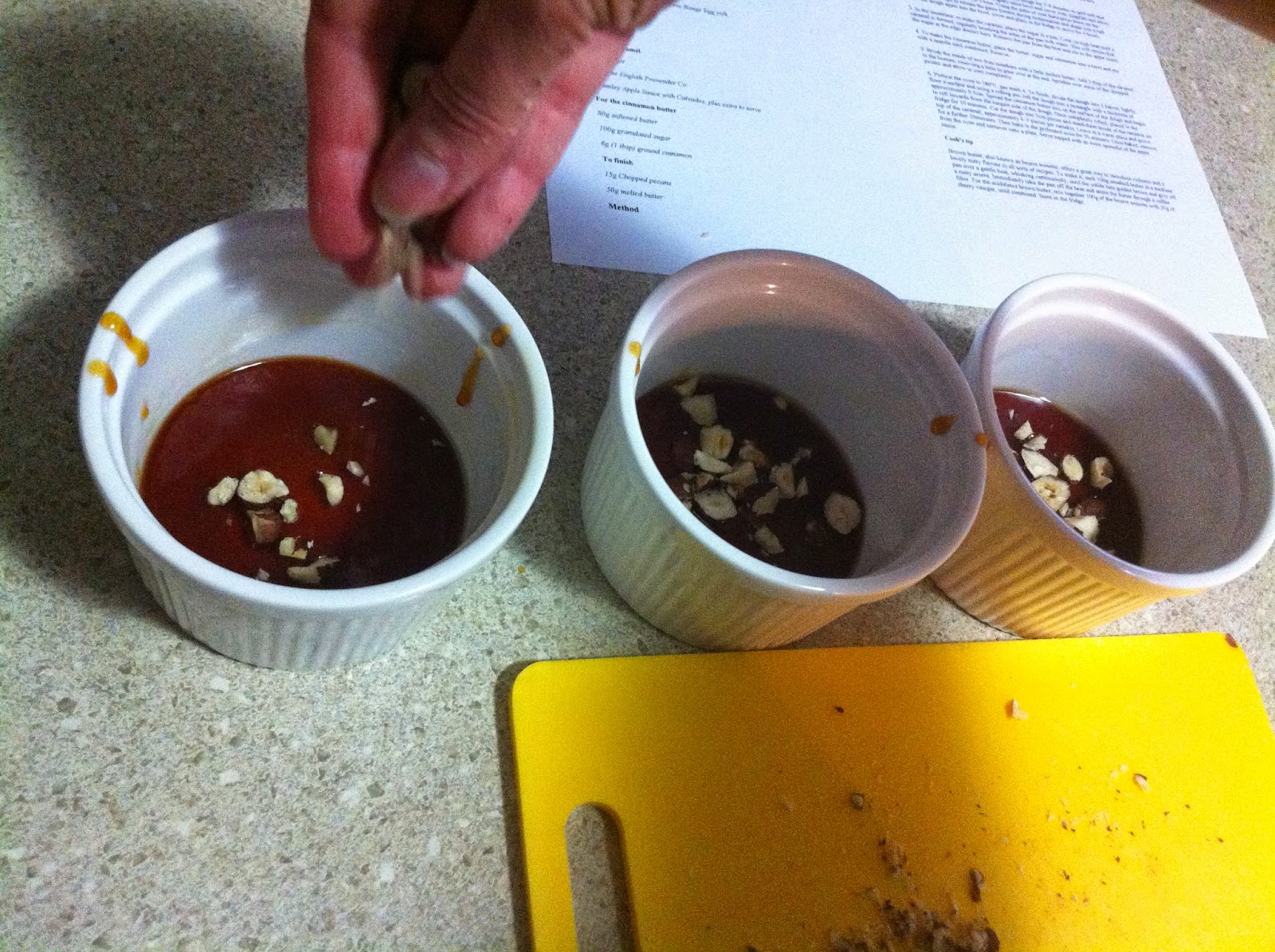 Make the cinnamon butter. Cinnamon, butter and unrefined caster sugar, which I always have on hand now, since he uses them in his chocolate biscuits and they are our go-to easy biscuit these days. 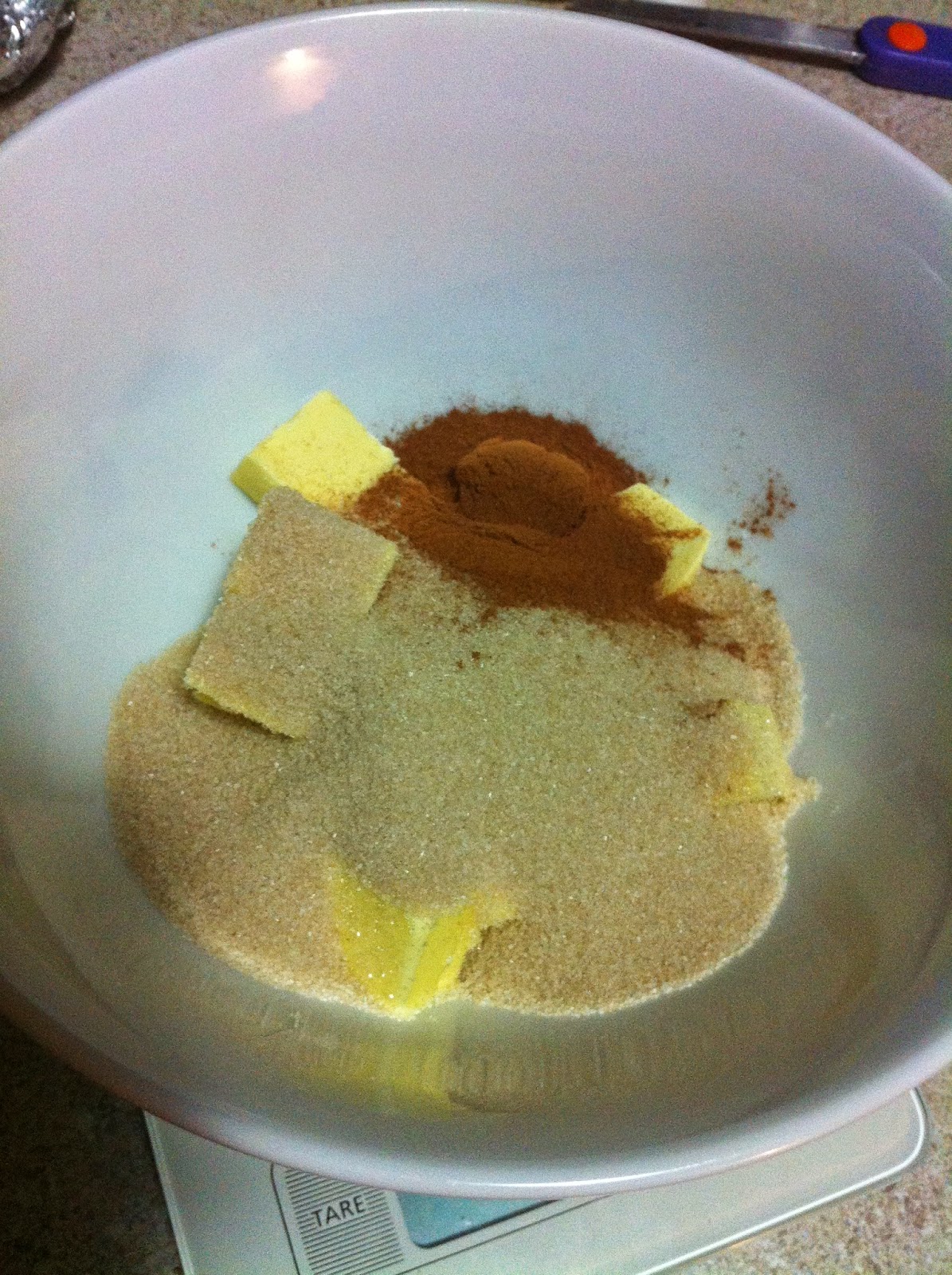 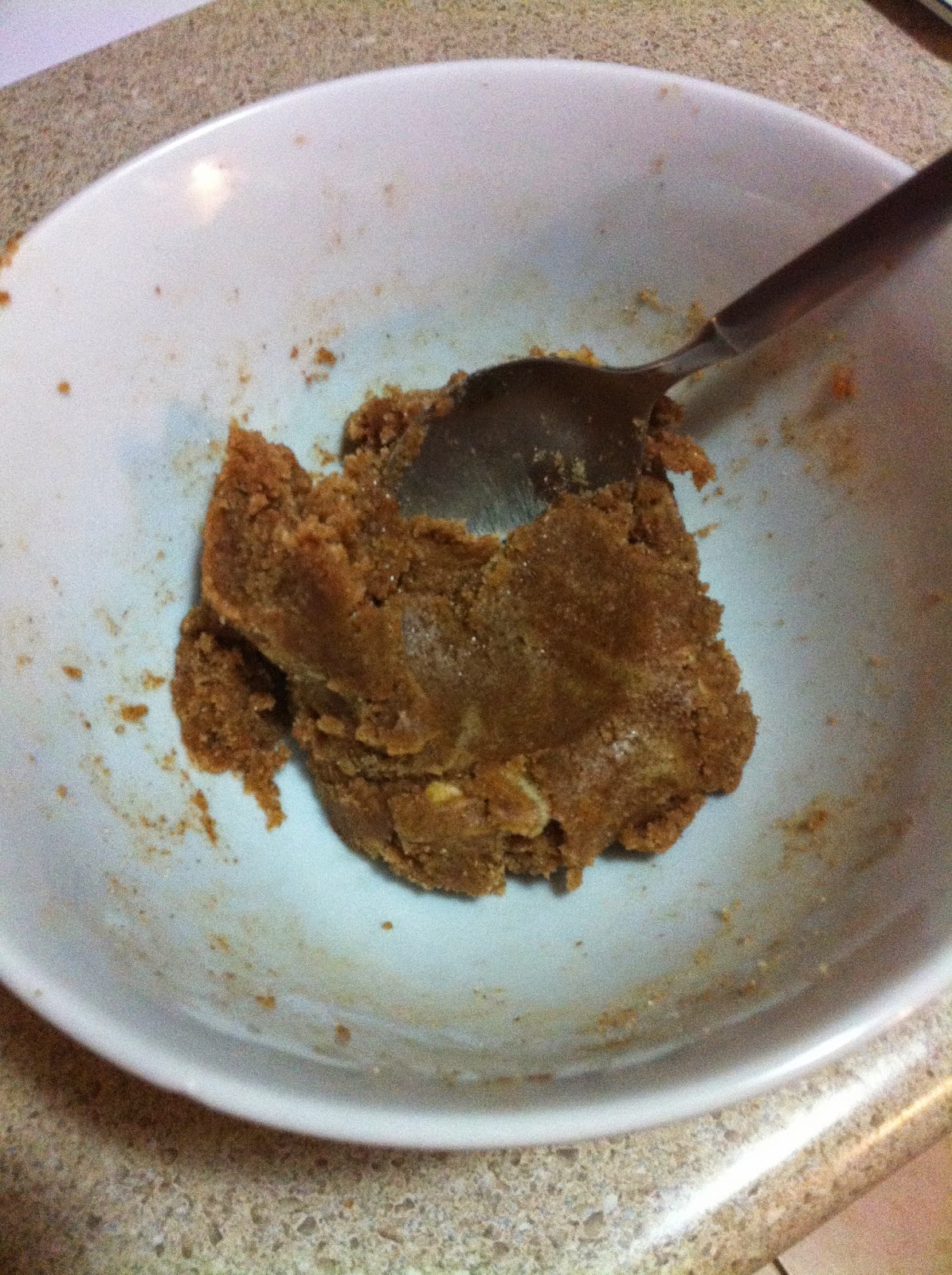 So roll out the pastry. I went to a tapas class last week, where I conviently learned how to improve my pastry rolling skills. (Sidebar: In case you didn't know this either. Don't roll all the way to the edge - leave a gap at the top and bottom, then when you turn it to roll the other way, it makes a better shape, and more even thickeness). This turned out the be very timely, because you want thin, even dough for this. 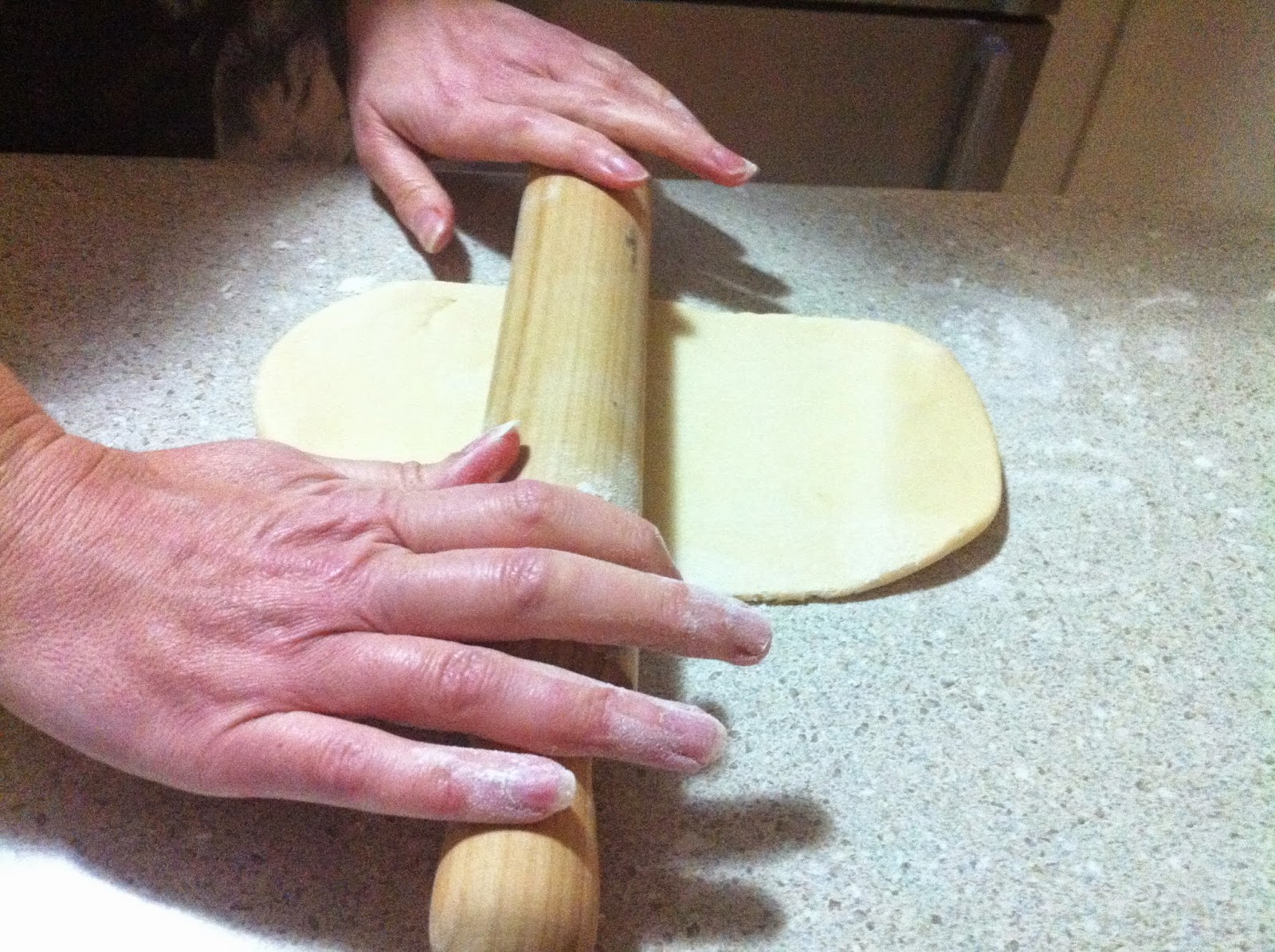 It made more than I expected. Then smear all over with the cinnamon butter, with a palette knife. Or if, like me, you don't have a palette knife (kitchen kind, not art kind) use a stiff spatula. 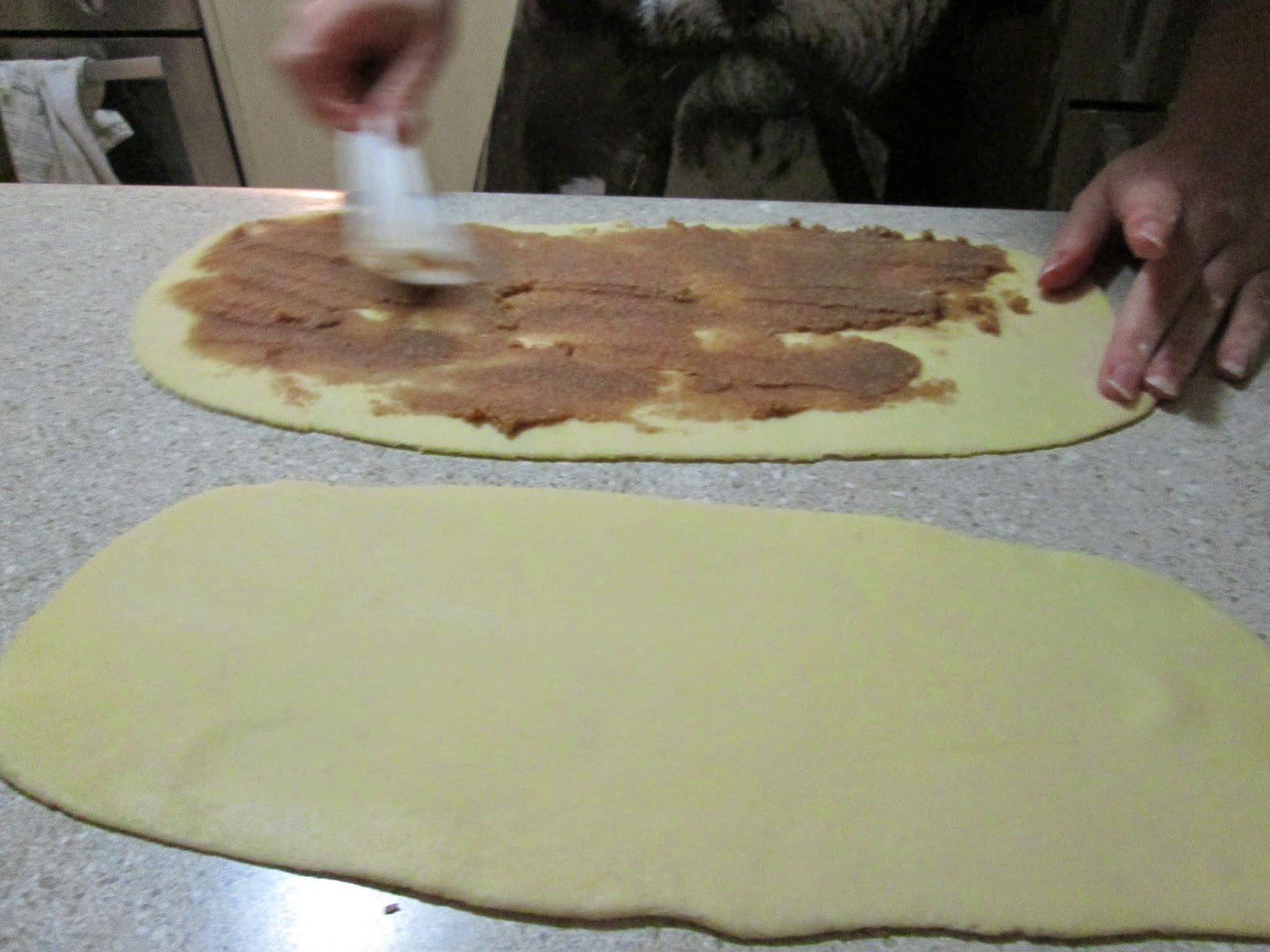 Then roll it up. 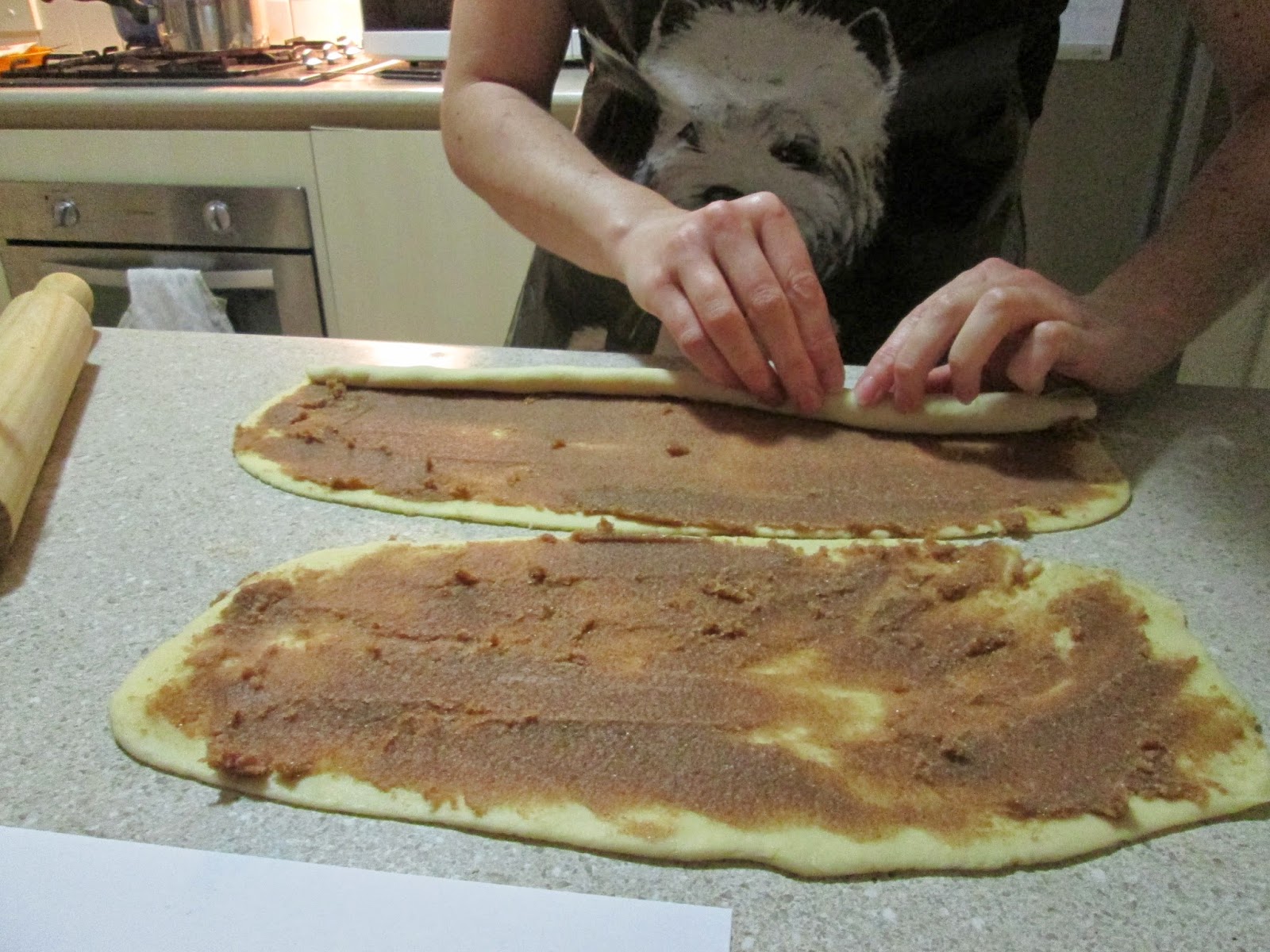 Put them into the fridge to "harden them up" for 10 minutes. In addition to making them more manly and gruff with others, this makes them easier to cut into the required 3 cm pieces. 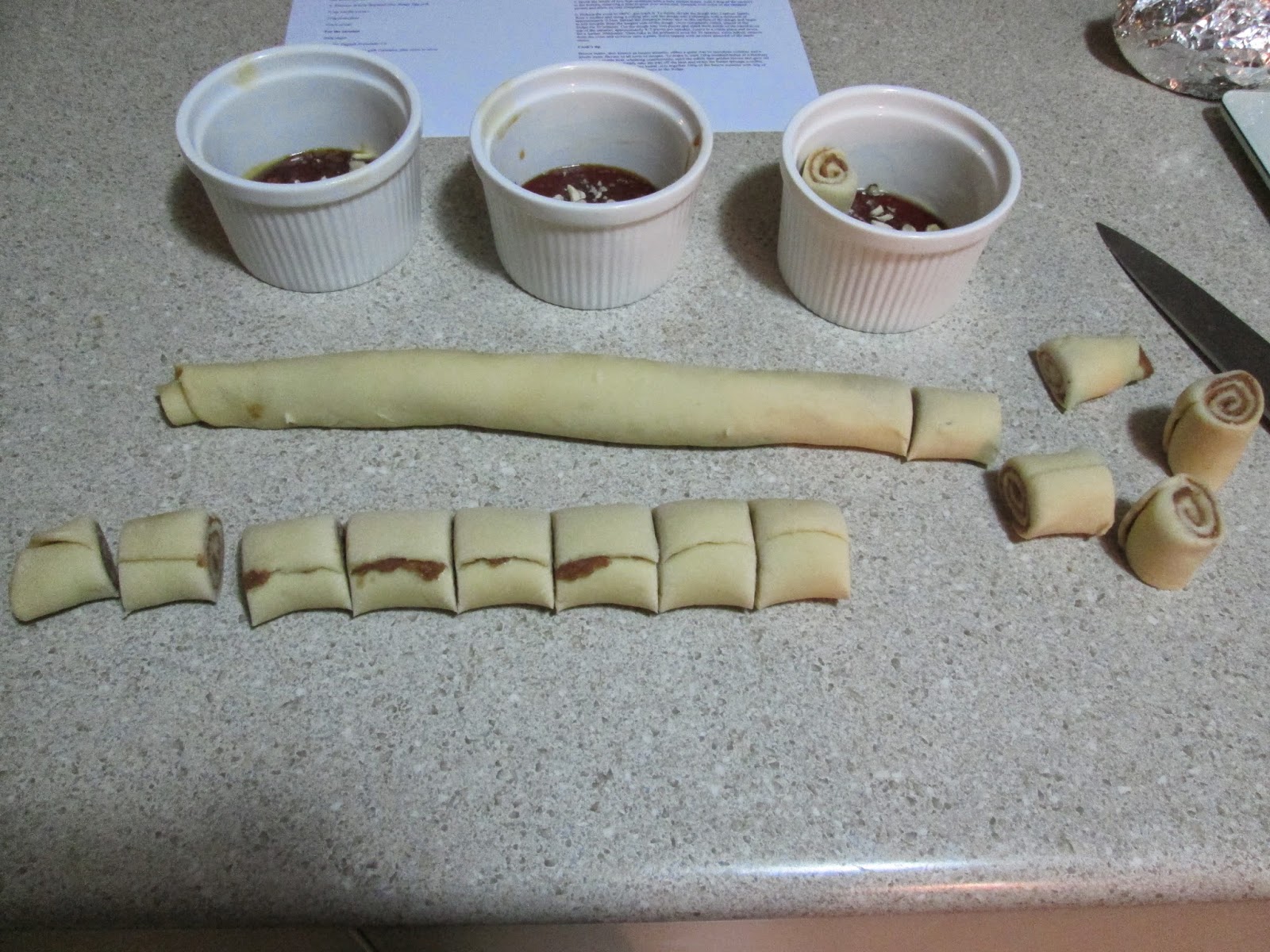 Assemble the scrolls into the ramekins

Realise you have more dough than you need, and make up a fourth one so whoever likes it best can have seconds. Or the same dessert tomorrow night. They go to prove again for 20 minutes. 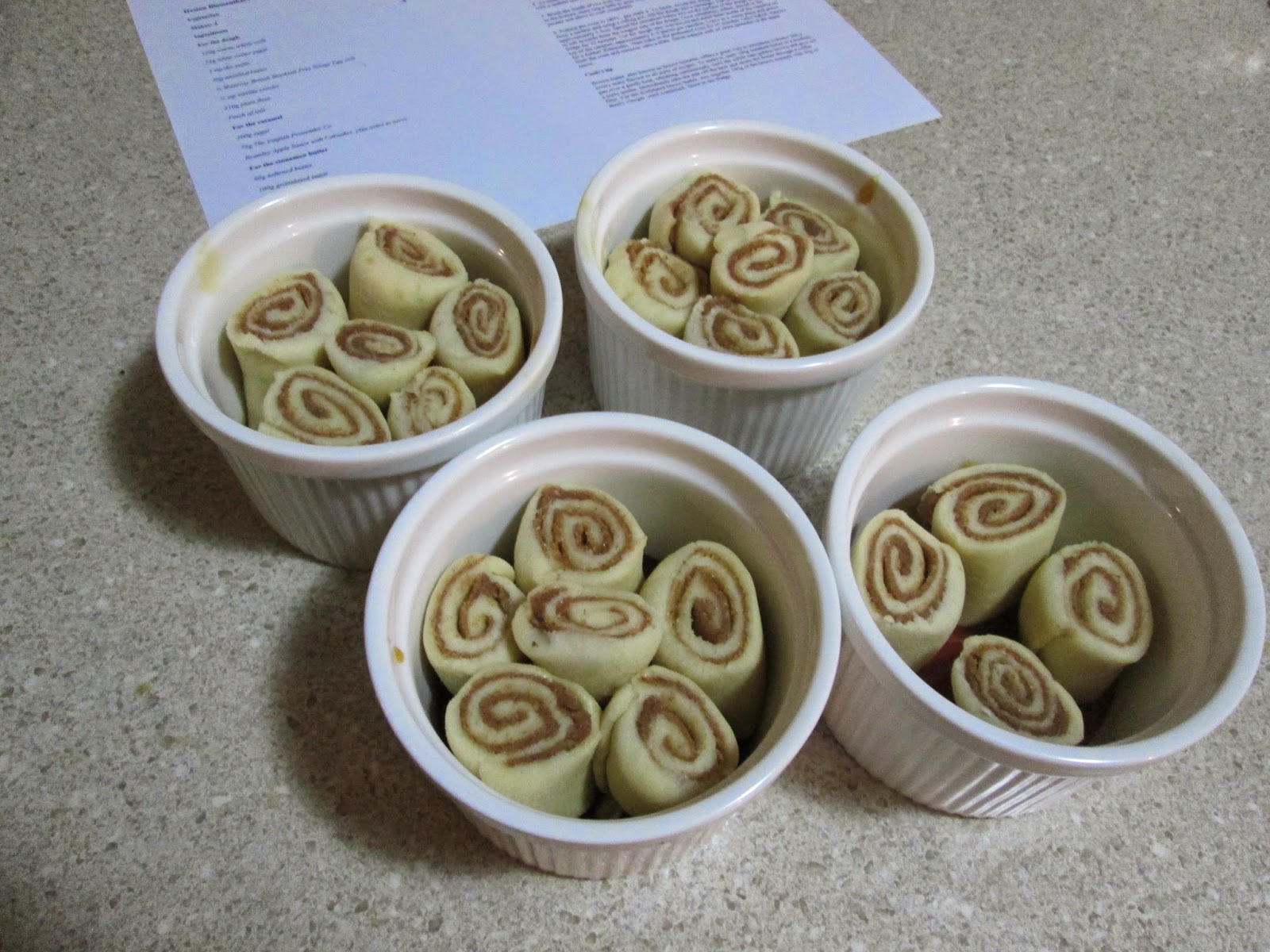 Then into the oven for 30 minutes. Mine are darker and more crazy puffy then Heston's. I could have probably just put 4 bits in each instead of five and made another one. 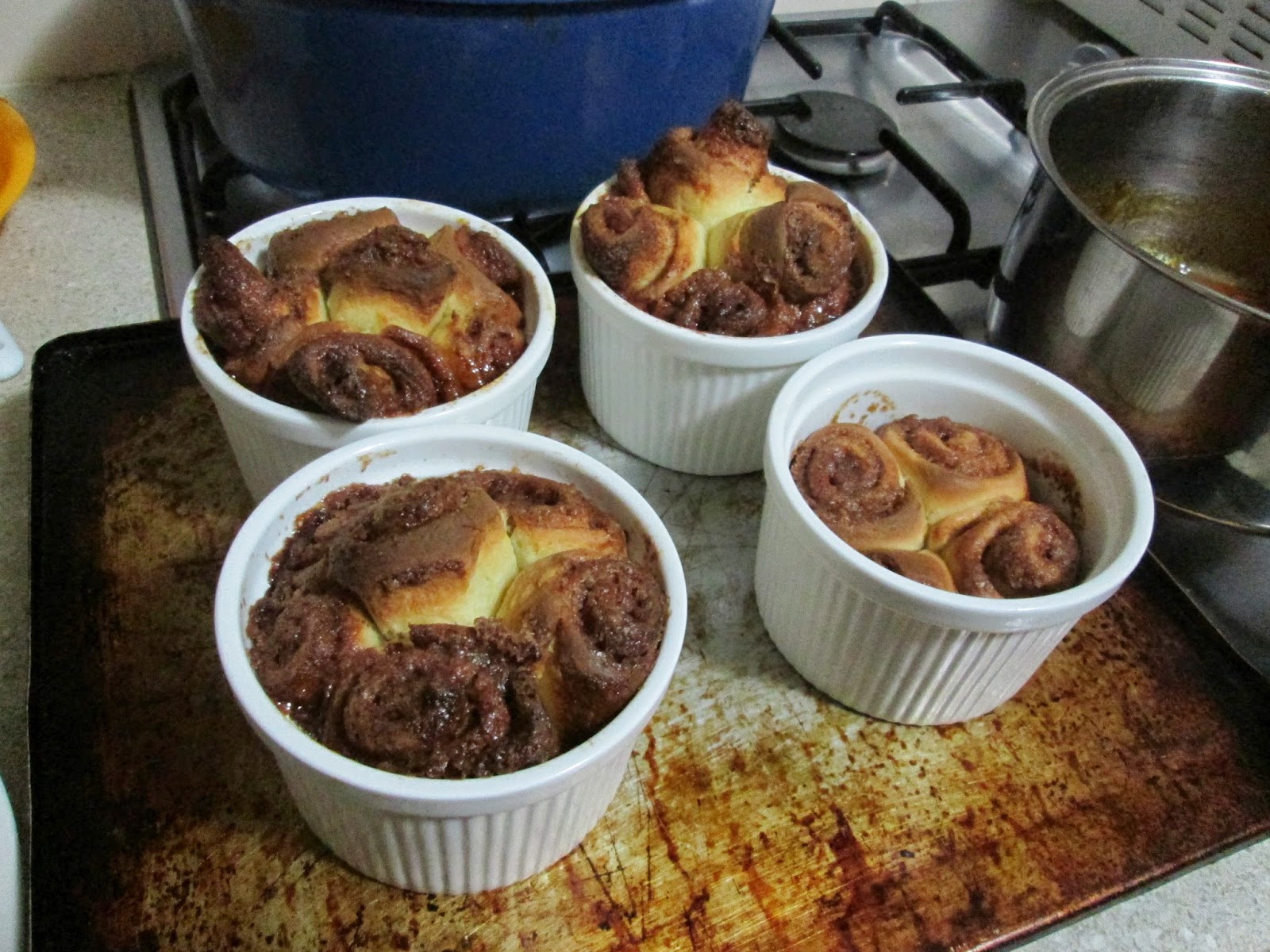 Turn them out and serve with extra caramel. 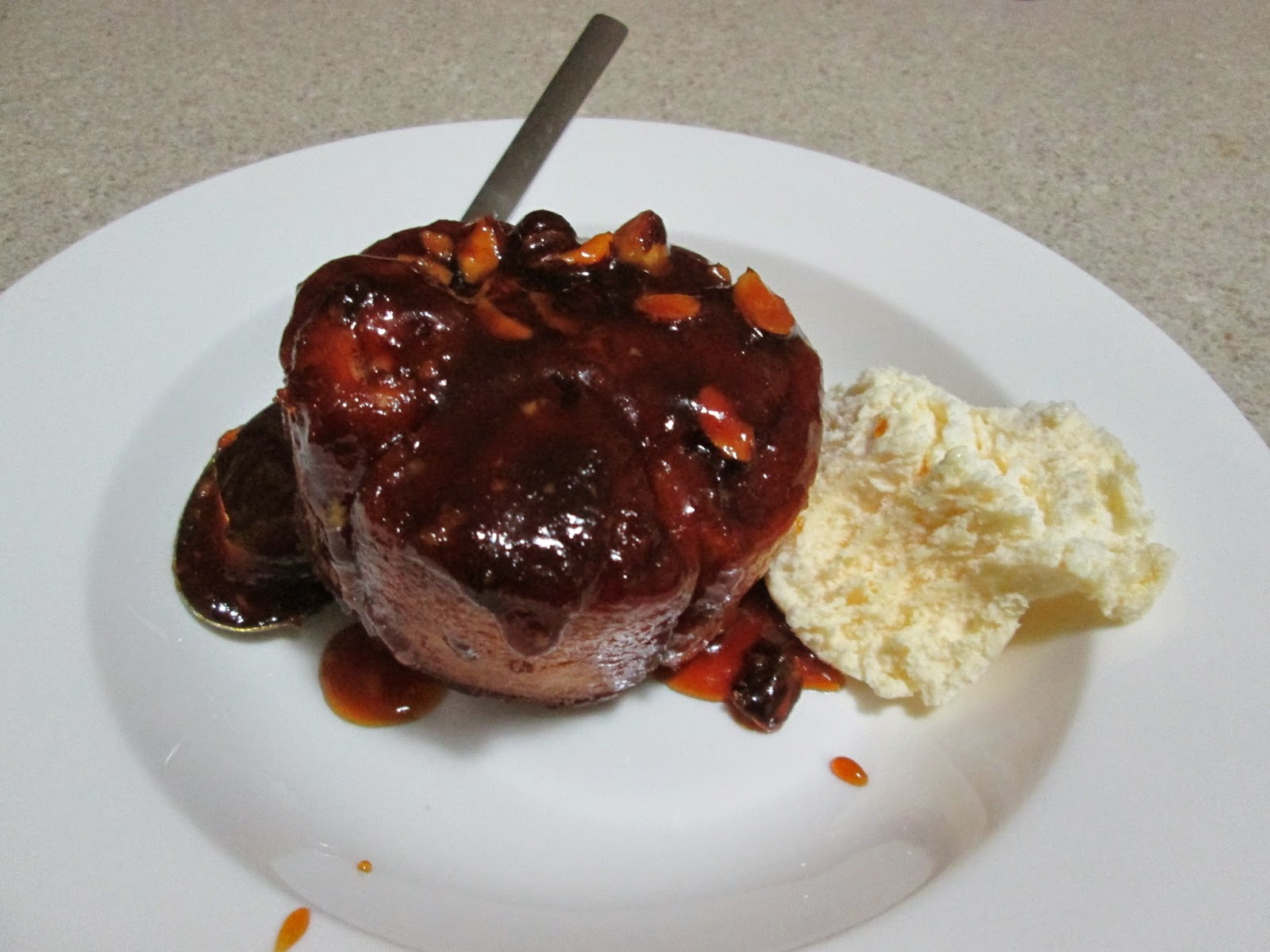 
Next: Time for another dinner party... I have my eye on a few potential candidates.