So I had a bundle full of gentlemen coming over to hang out, play games and be of good cheer. I was asked if I could make them lunch. Thankfully, I was also after a new Heston Blumenthal dish to try - one that scaled well, and didn't take too much trouble for an easy weekend. French Onion soup it is. 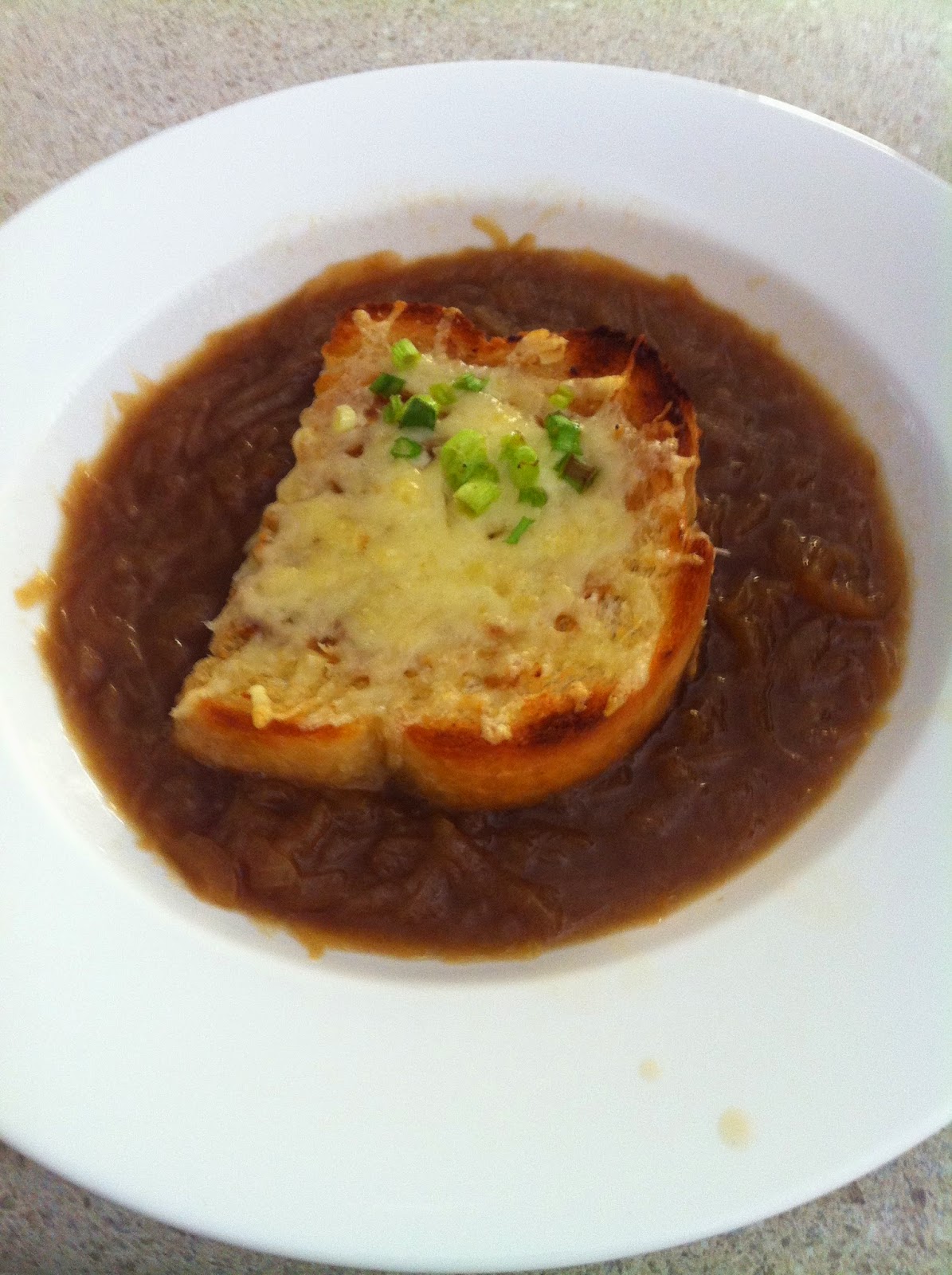 This recipe makes good use of one of Heston's often mentioned star anise in onion. Which makes sense, because onion soup is largely onion and stock. In a good way. A delicious, caramelised brown bowl of tastiness. 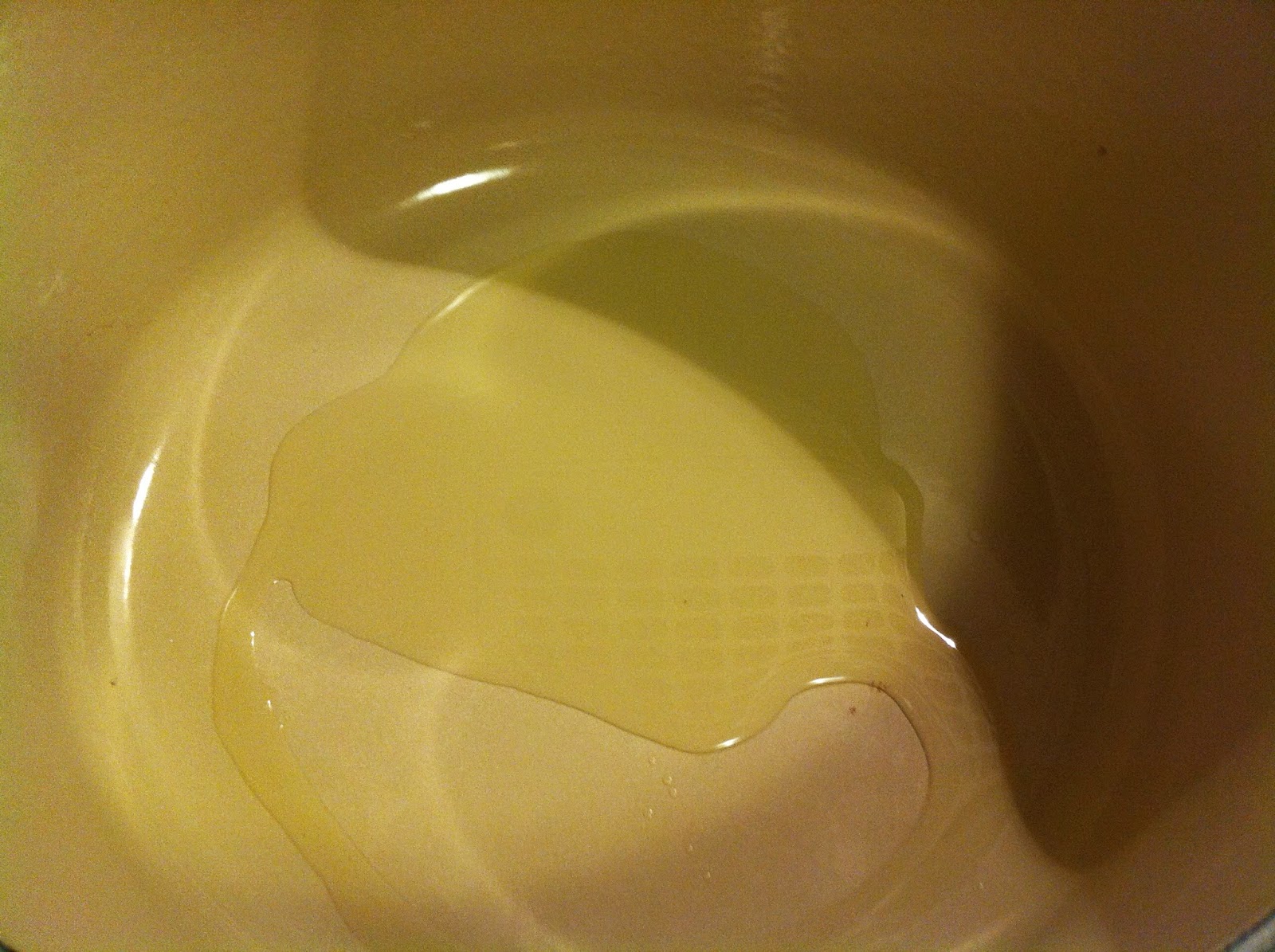 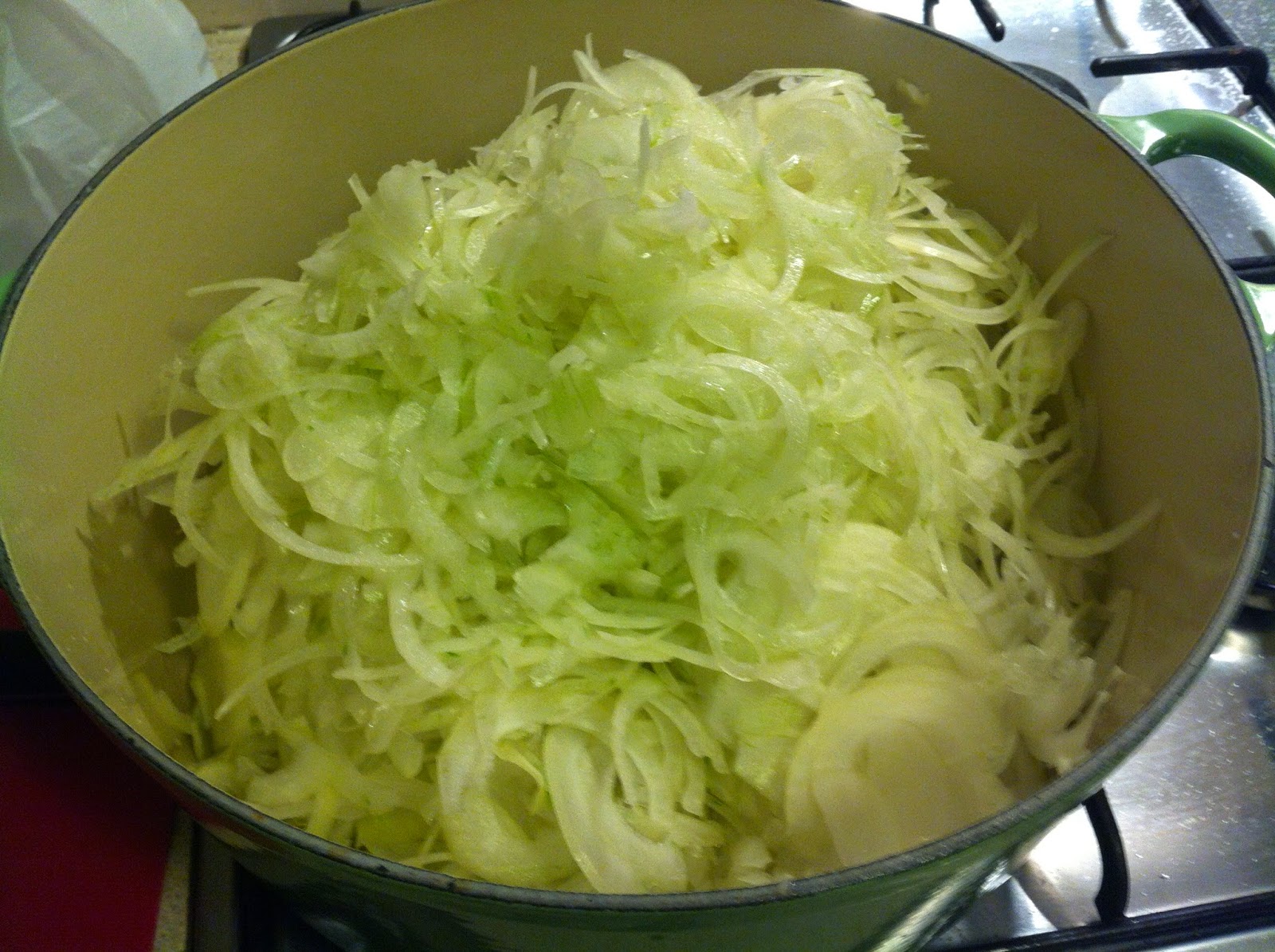 and some star anise. 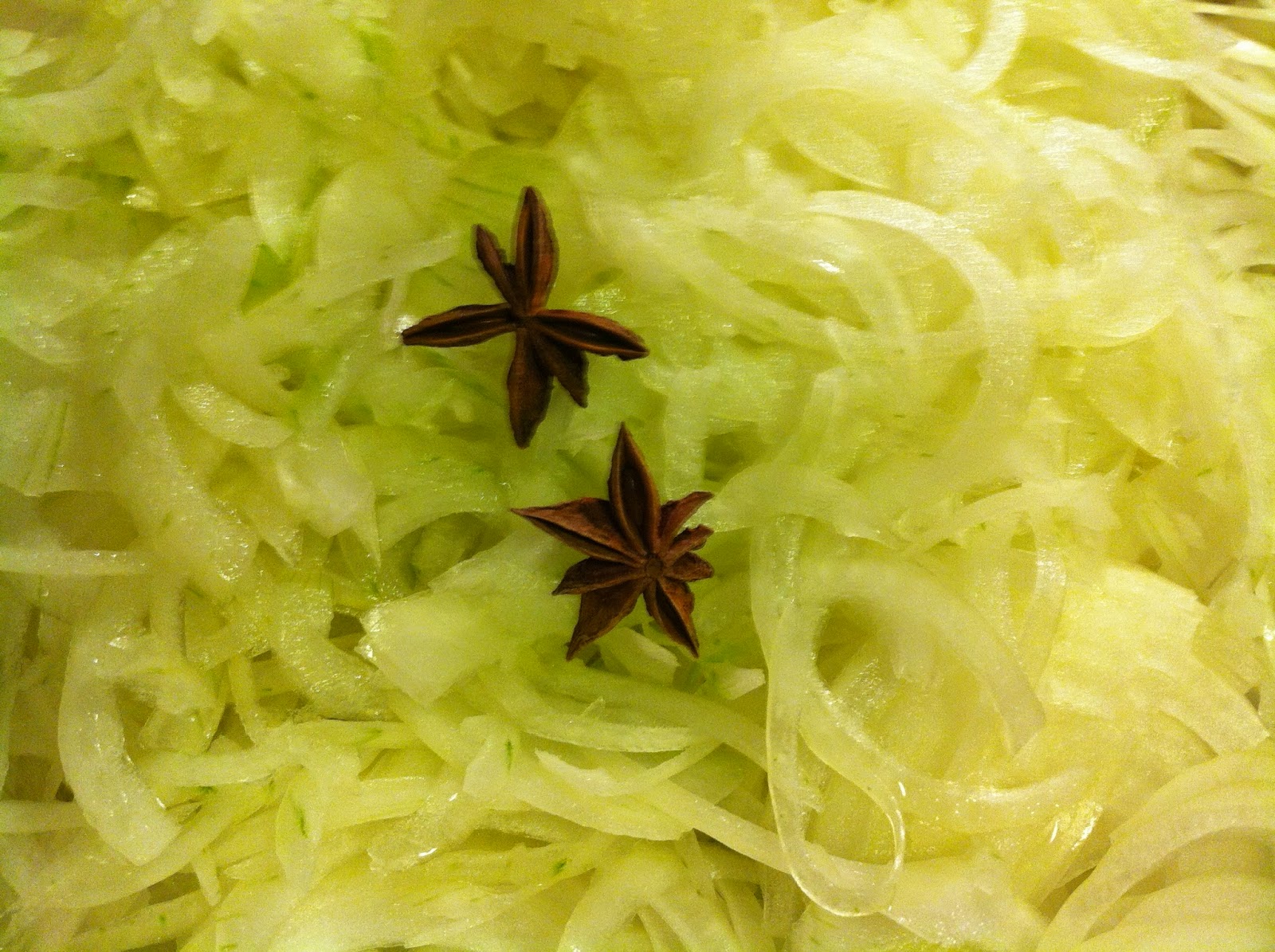 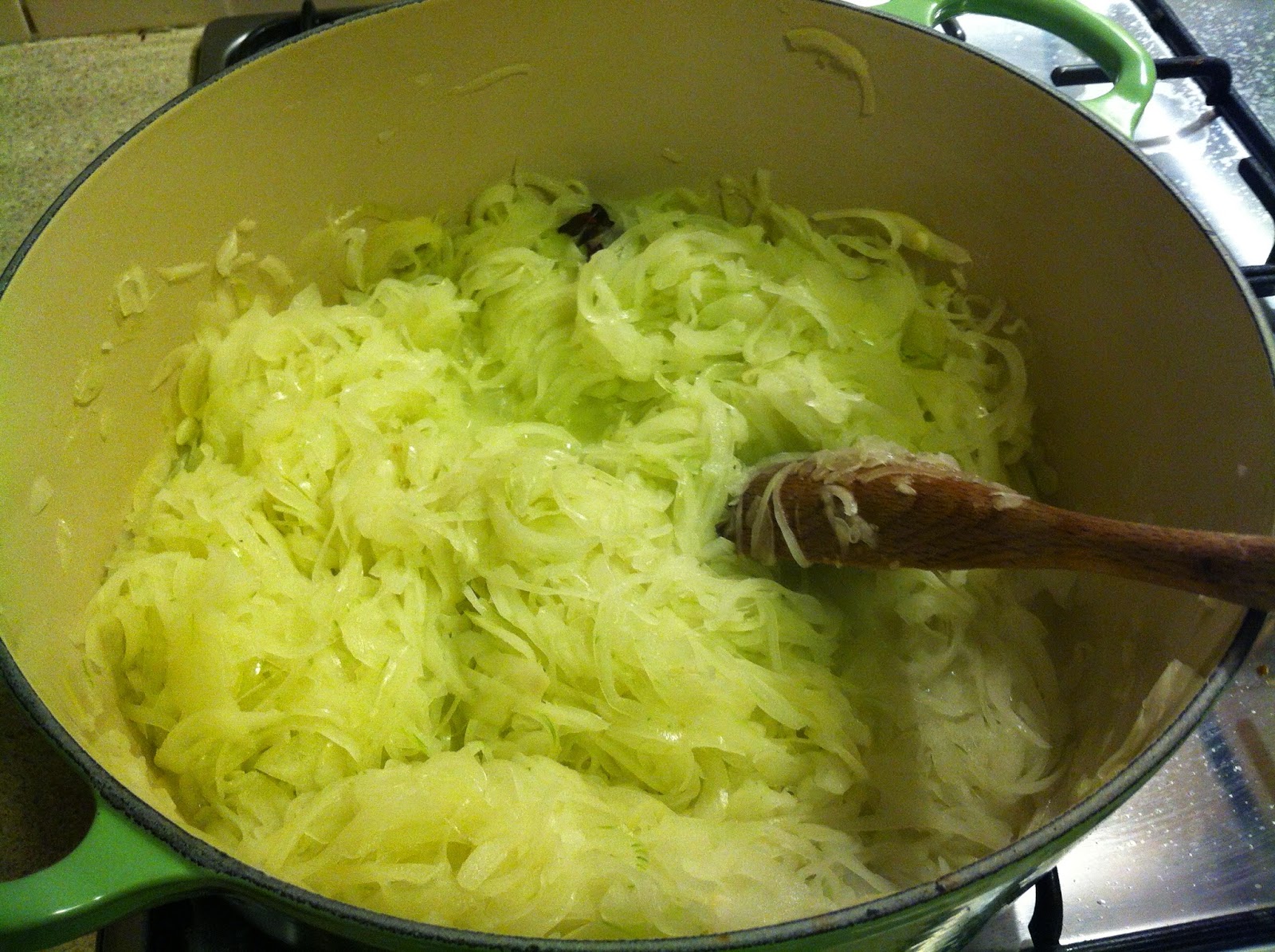 Keep going until it is lightly caramelised 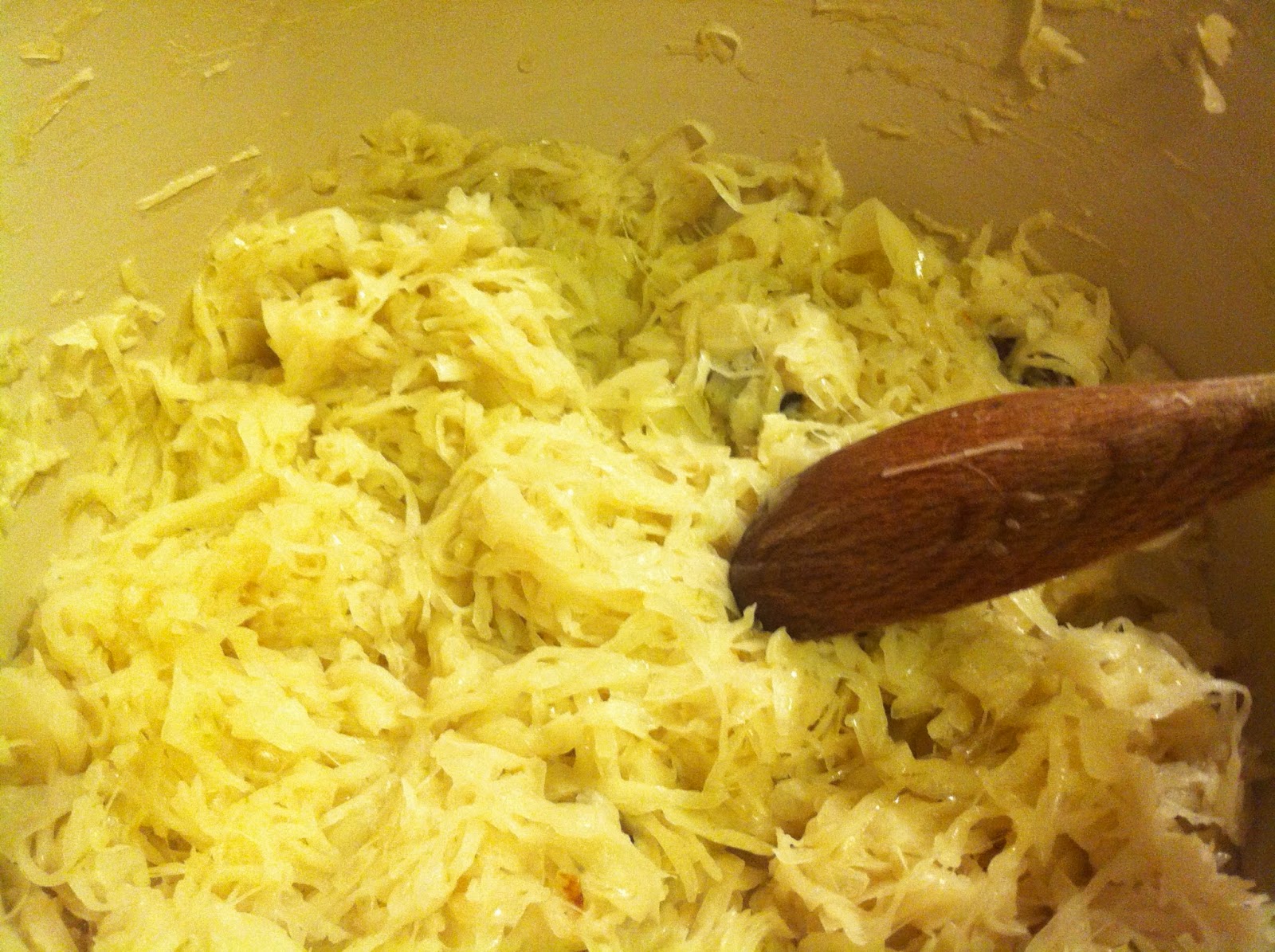 Add some butter and cold water. 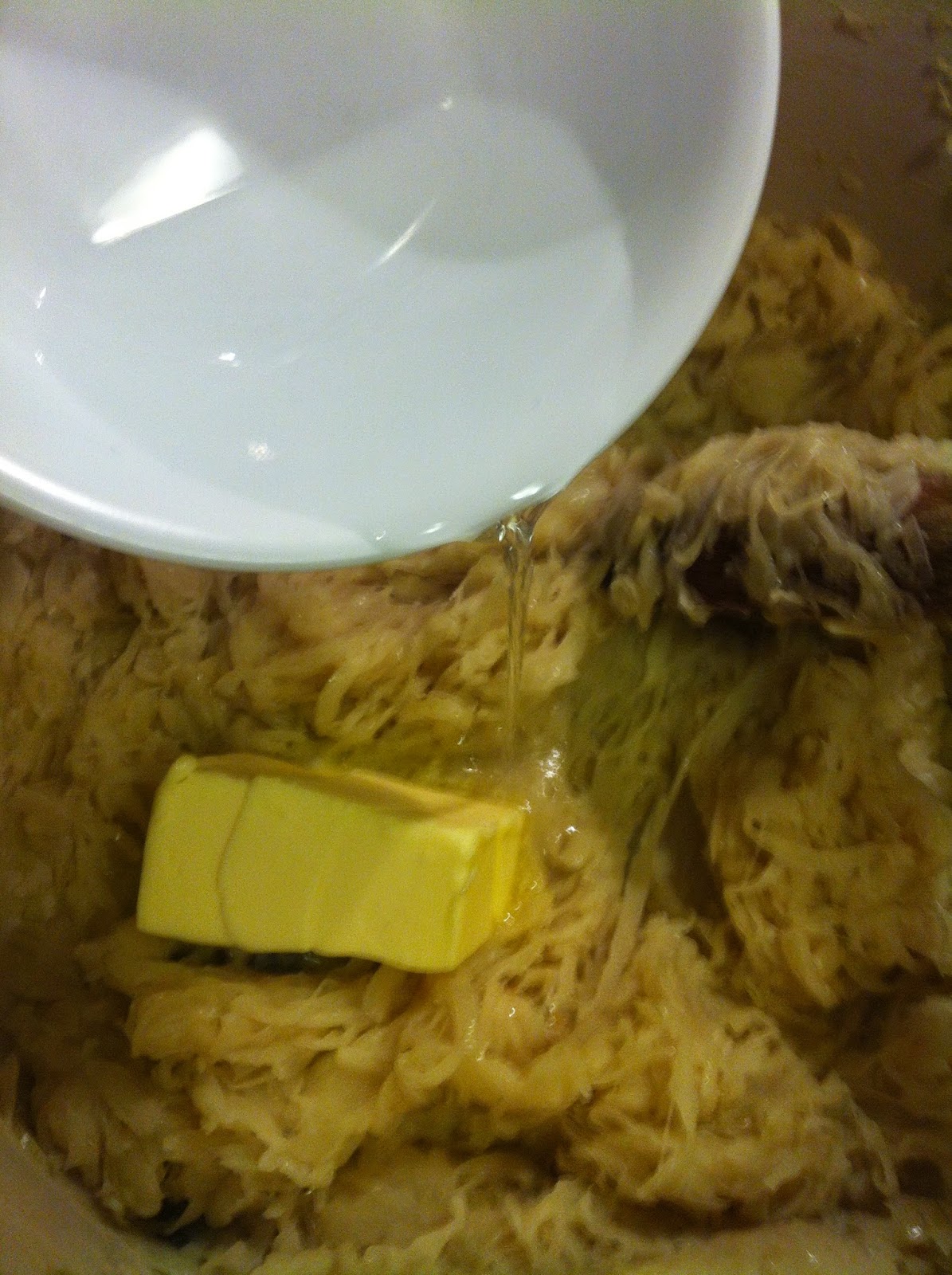 Then put it in the oven for seven hours at 90 degrees. It will then look a bit like this. Don't worry, it's not as crusty and unpleasant as it looks. 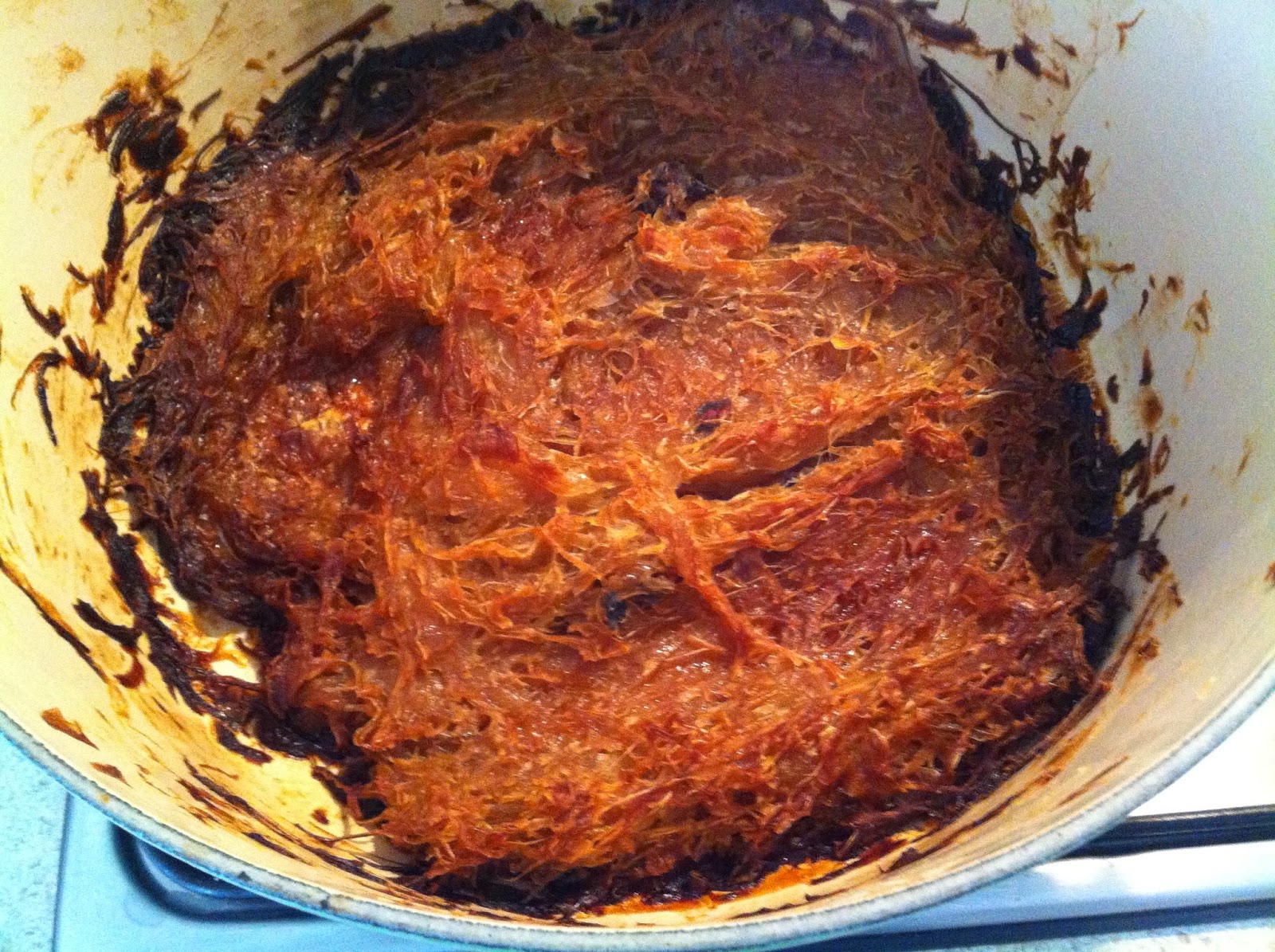 This may take some hunting. 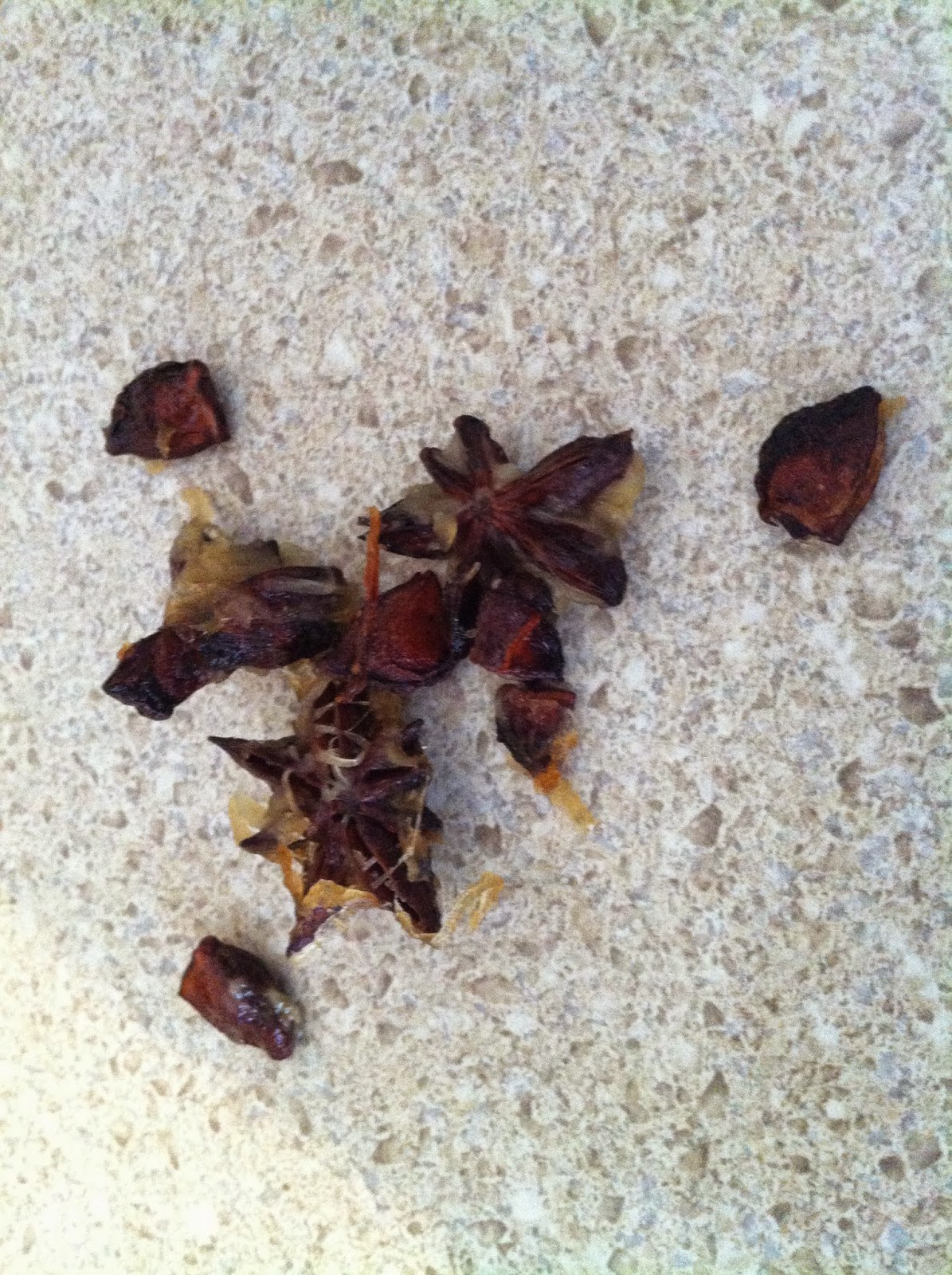 Then de-glaze with some white wine, then cook to reduce the wine away.

Add the beef stock and simmer. 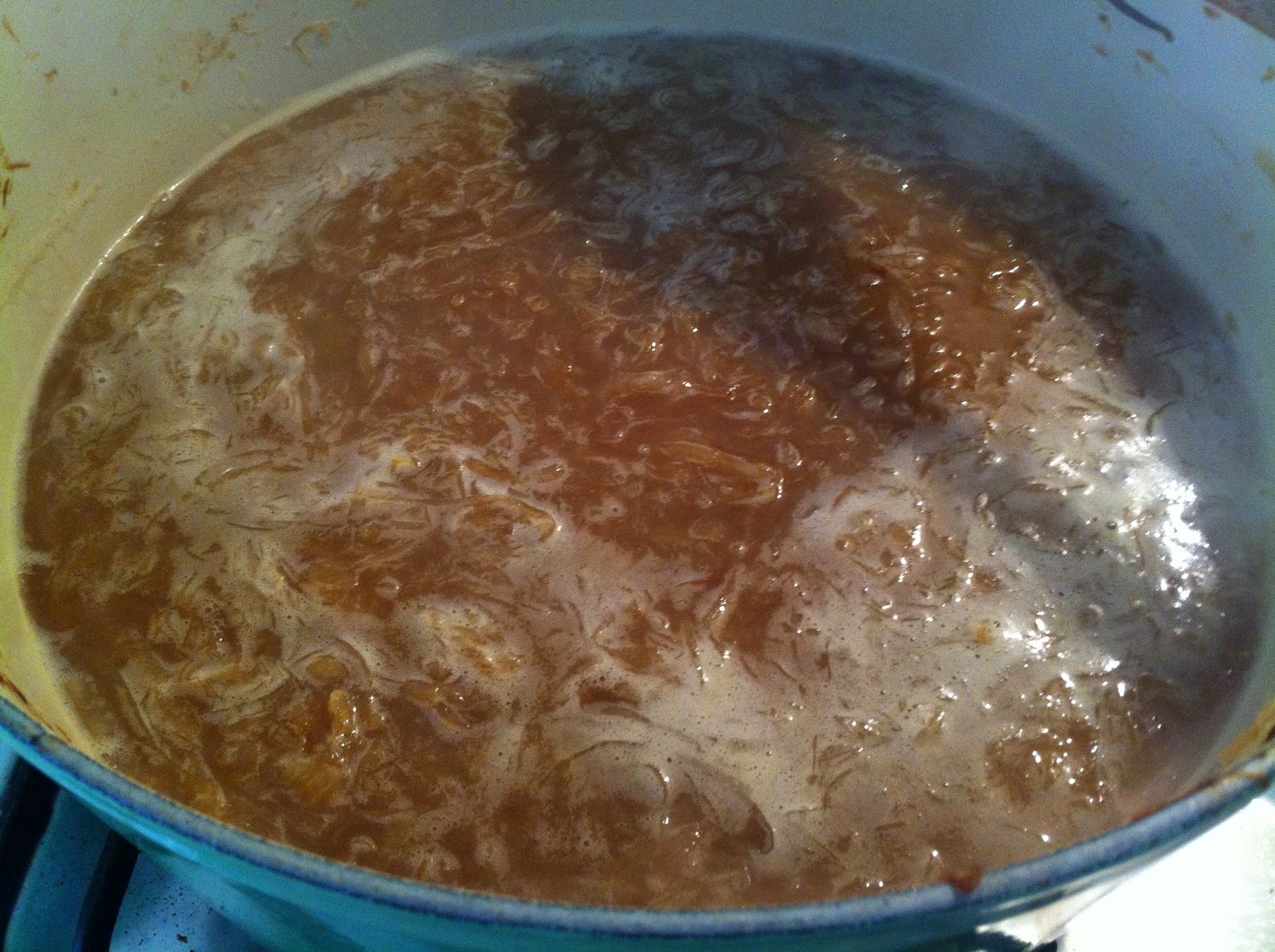 Then add some Madeira, and let it simmer for another 20 minutes. 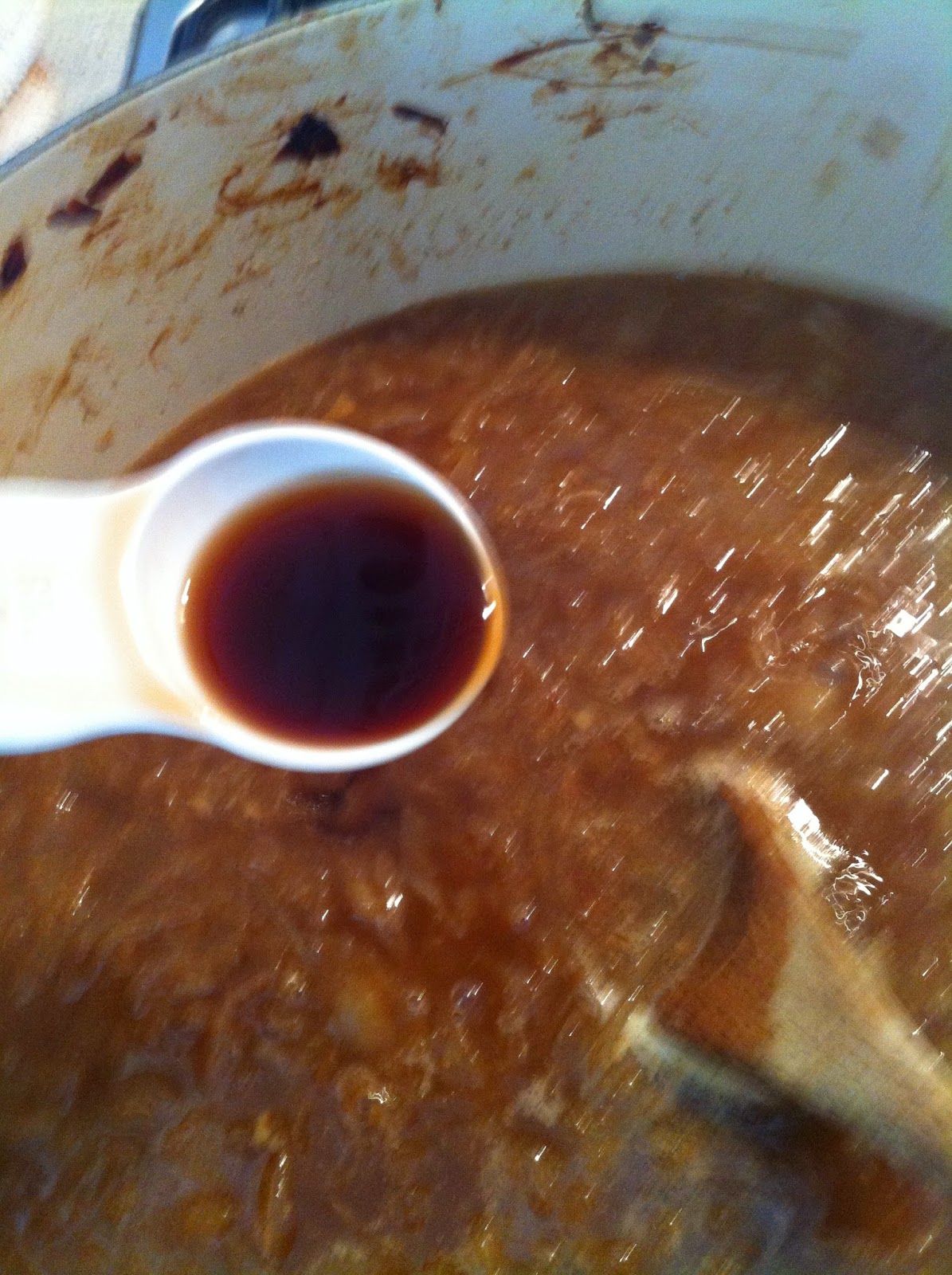 Add some more Madeira (I skipped this, feeling it was boozy enough) and salt and pepper.

Time to make the toast!

Pan fry some sourdough in butter. 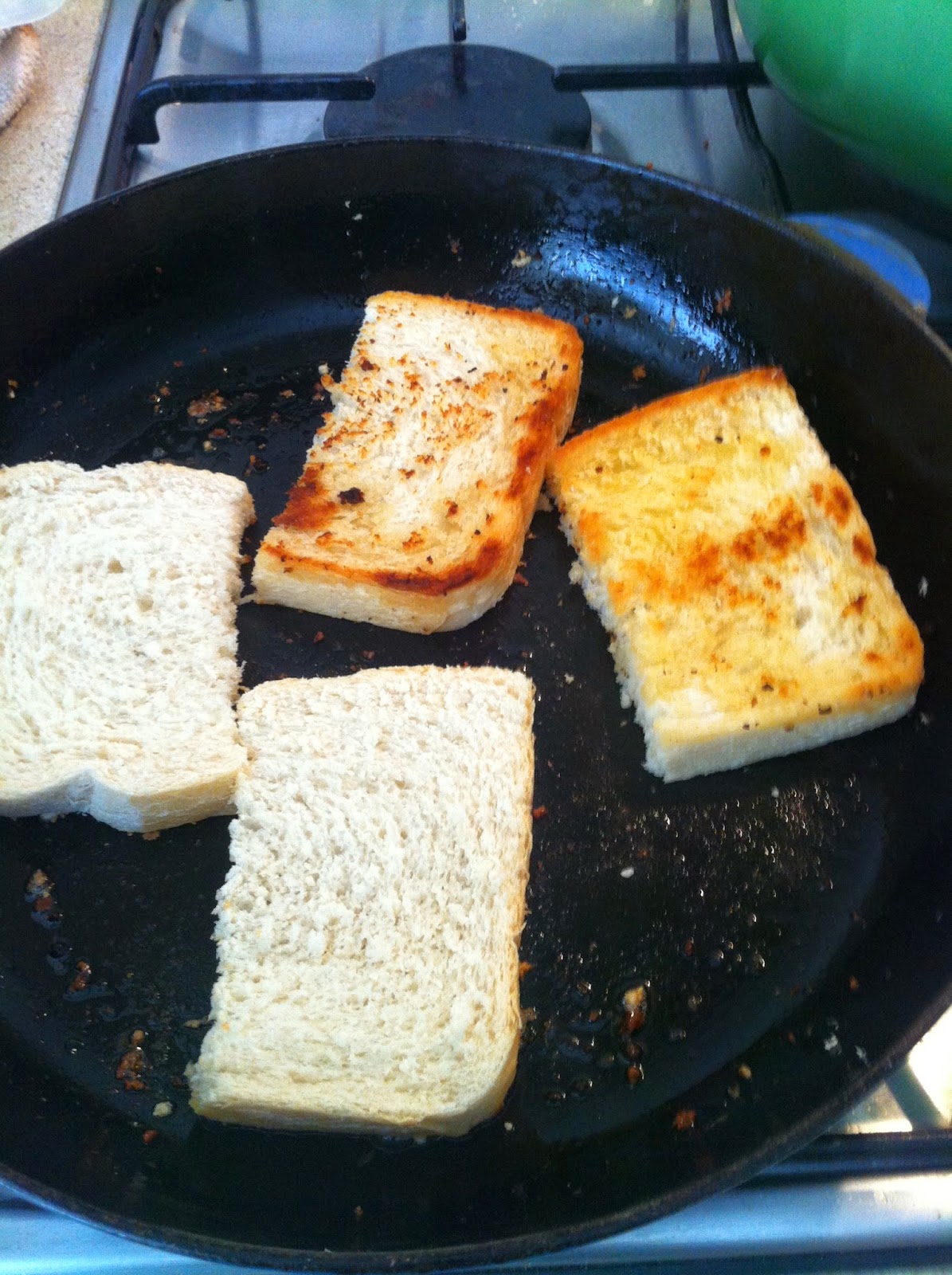 Smear them with Dijon mustard, cover them in Gruyere cheese and grill. 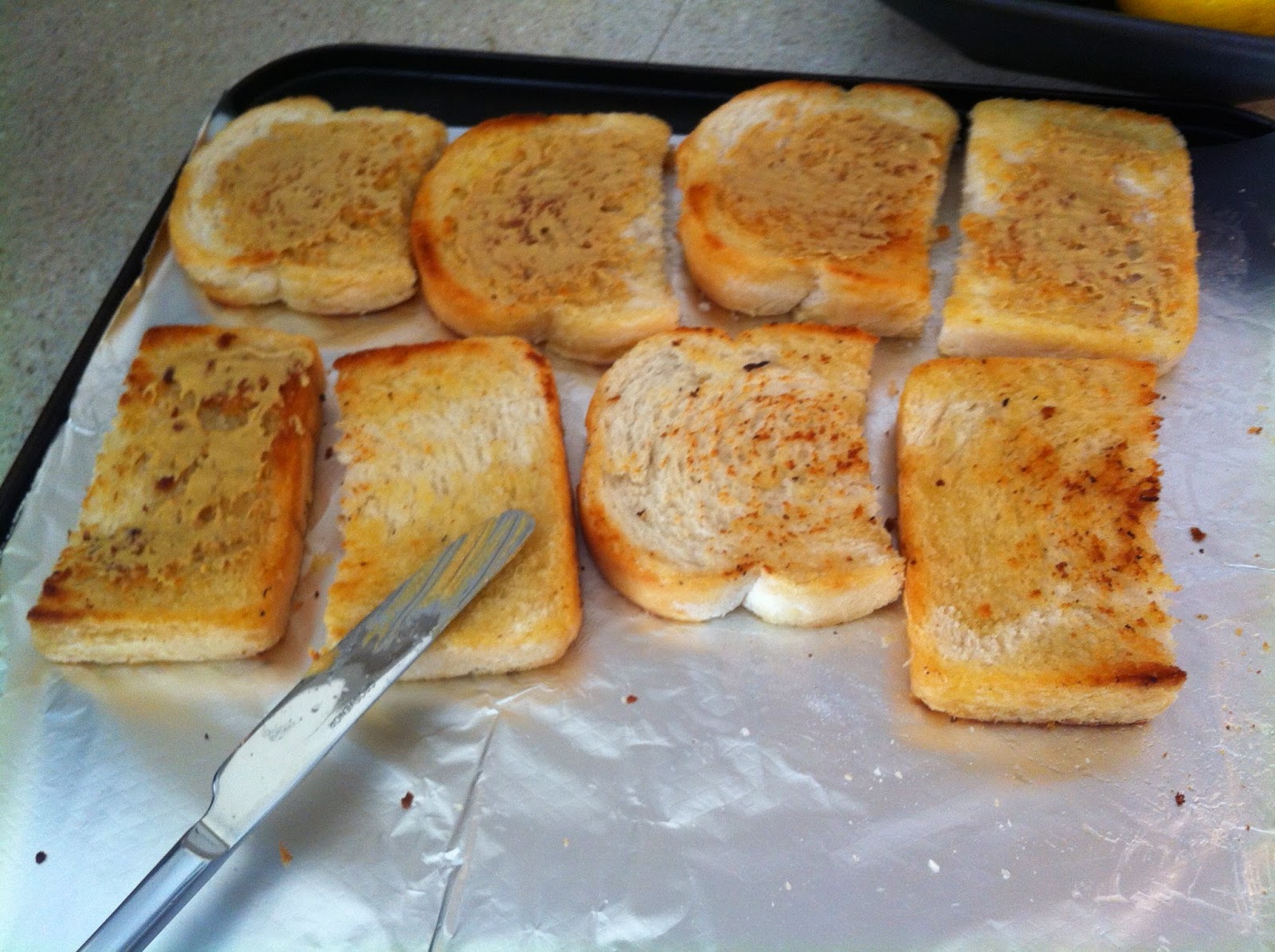 Serve soup, with cheesy toast floating/wallowing in the thick soup, scattered with artistic chives. Regular chives would also be acceptable.

That's it really. It went pretty well to plan.


Another good, easy recipe that need elapsed time but not a huge amount of active time. Of course, caramelising the onions took longer than the 15 minutes Heston claims, but I've found recipes always underestimate that time. A note to those not familiar with this dish - it is more filling than you'd expect.

The gentlemen gathered at lunch all enjoyed the soup very much.
My favourite comment was from a guest who'd never had a from-scratch onion soup before. "So this is what French onion soup actually tastes like! I feel like I've been lied to my whole life."
Posted by Kita at 9:31 PM